WordPress 5.2 was released as scheduled on Tuesday. Thanks to Site Health, PHP Error Protection, and the minimum PHP version bump (to 5.6.20), this has been one of the best-received updates that I can remember. 🤗

There were over 327 volunteer contributors, with about 109 individuals who contributed to WordPress core for the first time with this release (h/t Aaron Jorbin). 👏

Ella van Durpe noted on Twitter that only four out of the 60 noteworthy contributors on the WordPress 5.2 credit page are women. As part of the core team, Ella asked what she can do to help others contribute. A positive discussion ensued, and several people took her up on her offer. 🤝

‏Scott Arciszewski notes that WordPress 5.2 has improved signature verification for updates. Plugin developers can begin migrating their custom cryptography code away from mcrypt and towards libsodium.

Check out what Catalin Cimpanu at ZDNet has to say about 5.2's security improvements as well.

Boone Gorges covers the changes to setup and usage of post globals in get_the_content() and related functions.

ReviewSignal has published the 2019 version of the WordPress Hosting Performance Benchmarks report. It focuses only on performance, not features or anything else about the hosts that were tested. 💨

The tests are not (and never have been) sponsored, but a participation fee is involved now. For transparency, “All fees paid will be documented publicly for posterity.”

Many people are already publishing some demos on Twitter using the new PHP method, which seems sure to open up more developer interest in blocks and the Gutenberg editor in general.

WPMU DEV is retiring the vast majority of its premium plugins and has moved them to Github. It looks like the number of people using these plugins has reached the point where supporting and continuing to develop them wouldn't make sense financially. 💸

Developers looking for an excellent introduction to web components should check out a recent post on the CSS Tricks website. Caleb Williams wrote this detailed and easy to follow guide.

The 4th WordPress Translation Day will take place on May 10th-11th, depending on your time zone. The event will be live-streamed, and a schedule has been posted. There is also a great deal more information and background on the event itself on the Make WordPress.org site.

The 2019 State of the Merchant Report has been released by eCommerceFuel whose annual reports always provoke new insights. If you are involved in the eCommerce space,  take a look at these survey results from 400+ merchants with revenues over $1M. 🛒

One of the most exciting findings is that organic traffic is still the top source of customers for almost half of all stores: “The evil trifecta of Amazon, Google and Facebook is coming to steal your free, organic traffic … but thankfully not as fast as you thought.”

Michael has been strategizing ways to fund his Print My Blog plugin with donations and asked himself why he should expect people to donate since he had never given to a plugin developer himself. Michael looks at the reasons for not giving: lack of awareness, selfishness, laziness, and perhaps the fact that “we have it ingrained in our culture that usually you pay for physical things, but immaterial things are usually free.”

These are all barriers that can be overcome by relatively simple actions from plugin developers want to attract donors. 🎁

Stefan Judis has a comprehensive post on HTTP headers, and I recommend it for any web developer. Stefan dives into using HTTP headers to build sites that are safe, affordable and respectful.

Wholegrain Digital and Susty WP have issued a “Sustainable Web Manifesto” which you can sign to declare your commitment to creating a greener web. They're right; it matters: “If the Internet were a country, it would be the 6th largest polluter,” edging out Germany by a large margin, just counting C02 emissions. 🏭

Brian Gardner summarizes a recent Genesis Shapers meeting, which involves many well-known influencers in the WordPress community. At the latest meeting, the group discussed the challenges posed by Google AMP and its importance to those who are using Genesis to build sites for clients. Most participants said they hadn't seen much demand for AMP.

WPCampus released the results of the much-awaited Gutenberg accessibility audit. Tenon LLC conducted the tests and produced the report at the cost of $31,200. On top of donations raised by WPCampus, Automattic covered about two-thirds of that total.

The testing was done using WordPress 5.0.3, and the report acknowledges that several accessibility issues have been addressed in subsequent releases. However, the 329-page long-form technical report — along with the 34-page executive summary — clearly concludes that “Gutenberg has significant and pervasive accessibility problems, the likes of which amount to a step backwards for users with disabilities over the legacy editor.” 😞

Rachel Cherry, director of WPCampus and one of the original proponents of the audit, shared some helpful responses to the report on Twitter over the past weekend and called for constructive engagement: “If you’d like to help remediate these issues, I recommend joining the WordPress design, core, core-editor, and, of course, the accessibility team.”

The positive effects of Tenon's audit are already being felt, and meaningful discussion of the findings began, only hours after its release, in several official WordPress Slack channels. Tickets based on issues noted in the report have already been created, and of some of them have been resolved. 🎫

A free webinar to discuss the audit results will take place Monday, May 13, 2019, at noon CDT. There's no cost to attend, but you must register. 🖥️

If you are interested in accessibility with other CMS platforms, Accessibility Talks had a lively discussion that included Rachel Cherry among the speakers. One topic they deliberated is how accessibility is impacted by taking a traditional versus headless approach.

Finally,  there's a new desktop app called Koa11y that anyone can use to discover accessibility problems in web pages. Check it out on GitHub. It looks impressive. 👍

🎙️ I've been out of town recently, so I haven't had the chance to listen to many podcasts. There have been a few standouts, however, that I've got queued up to listen to next: 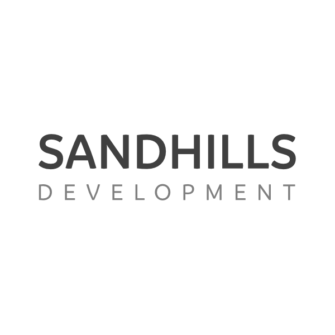 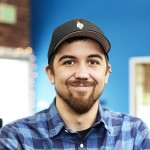 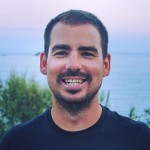 Aaron is a freelance WordPress theme developer based in Melbourne, Australia. 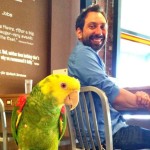 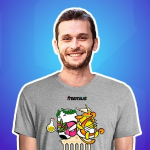