If you want to start reading ahead for PHP 8, follow this post from Brent Roose as it evolves. There is quite a bit of information to read already. I'm particularly interested in the JIT (“just in time”) compiler that promises significant performance improvements. 🚗💨

In development since November, WooCommerce 3.9 is out with 600 commits from 18 contributors. This is a minor release, but it ships with WooCommerce Blocks 2.5.11, MaxMind Geolocation Integration, and it raises the minimum WordPress and PHP version requirements to 5.0 and 7.0, respectively. 🛒

Gutenberg 7.3 has rolled with lots of bugfixes, enhancements, and performance gains. The most notable new features are the text and background color selectors. 🎨

StudioPress announced recently a new theme using their Genesis framework, Navigation Pro. They described it as their “first theme to make building pages even easier, by delivering theme-specific Sections and Layouts via Atomic Blocks.” ⚛️

If you have a Pro Plus or WP Engine account, you already have access to Navigation Pro.

Tim Nash shares how one might go about finding all the Gutenberg Blocks used on a site. It's more complicated than you think.

PublishPress has some unusual listicles that might warrant some attention: federal websites that use WordPress, and state governments that have WordPress websites. It would be interesting to see similar lists for countries other than the United States. 🌏

If you've heard the term “JAMstack” in developer circles but aren't sure what it includes, you will appreciate this post from Lee Warrick.

Cathi Bosco explains why she finds it important to contribute to the WordPress governance project: “WordPress cannot expect to be leading the way to democratize publishing without basic governance in place.”

After a one-year hiatus, CMB2 — a “developer's toolkit” for building metaboxes, custom fields, and forms for WordPress — has released a new version. Justin Sternberg breaks down some of the enhancements and features, including text, textarea, and WYSIWYG character counter options, a new field type, and styling that's more compatible with WordPress 5.3. 📦

10up released Autoshare, a plugin that automatically tweets your posts as soon as they’re published. Autoshare integrates nicely with the Gutenberg publishing flow. Once you click the publish button, the plugin sends your post's title, featured image, and link to Twitter, along with a custom message. 🐦

Jeff Ong at ThemeShaper shares how to create a block-based theme using block templates that can be fully edited with Gutenberg — including headers, footers, and sidebars.

As of Gutenberg 7.2.0, block templates are an experimental feature on the path to a full-site editable front-end for WordPress. Jeff notes, “This spec is in a very early stage. I hope by writing this, your interest is piqued to learn more and contribute your own experiment to the WordPress theme experiments repository.”

Tip of the hat to Mel Choyce for bringing Jeff's post to my attention. 🧢

Tiny helpers is a website that curates a list of “free single-purpose online tools” for web developers. Worth checking out. 🛠️

📹 Here's my video pick of the week:

🎙️ As we move forward in 2020, I should say the podcast recommendations we make here are for the most part the podcasts the Post Status team listens to as we follow our interests. There are no particular criteria for what we include other than the fact that we listened to and liked it! I try to cast a wide net myself, but sometimes I devote entire weeks to only a few podcasts, and other weeks I am more varied. Here's what I enjoyed most recently: 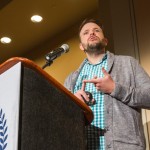 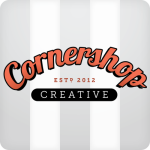 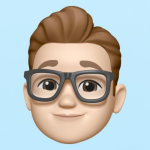 Happiness Engineer at Automattic, Support Team Member at WordPress, Trumpet in Polyhedra, and general doer of things at place. 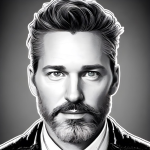