Here is an update on the editing features that will (and will not) be included in the WordPress 5.5 release.

So far, the included features make an impressive list: a new block editor design, block patterns, and the block patterns APIs for themes and plugins, a new block inserter panel, and literally over a thousand other additional changes to the editor experience. 🙌

Full Site Editing is scheduled to be included in WordPress 5.6. Ari Stathopoulos has some code snippets for developers that show how to revise or build blocks with this feature in mind. 📝

Yoast just released their first update to the Duplicate Post plugin since they acquired it. The update contains several accessibility improvements. ✨

Additionally, Yoast has released version 14.5 of its own plugin with some fixes and enhancements. Notably, the plugin will disable the XML sitemaps that are coming in WordPress 5.5.  Yoast's reason for this is that their plugin's sitemaps “are more sophisticated, integrated, and automated.” They go into further detail about this decision on their blog. 🗺️

Julia Evans has collected several of her short “wizard ‘zines” and cheat sheets into one area. I find these easy to refer to. If you work with the command line, Linux, SQL, etc. I would recommend a look. 👀

Web Stories for WordPress from Google has entered it's first public beta. 🔌

If you're not familiar with Web Stories, they are tappable, engaging visual stories on cards powered by AMP technology. They can also appear in Google Images, Discover, and the Google app.

Here's a scary report about how some hackers are using Google Analytics to steal credit cards, passwords, and IP addresses. There's also an explanation for how to tell if you've been targeted by thieves. 💳

Thanks to Miriam Schwab for bringing this one to my attention. 🎩

⚔️ Chris Heilmann asks why developers don't embrace the obvious benefits of HTML and what we can do about it:

“The job we have now is to battle some of the old prejudices against HTML with facts and good examples… Often the best way is to ask why they chose [JavaScript]. If there is a lack of education or HTML knowledge, we can follow up with good resources.”

Gatsby has announced that its new source plugin for WordPress has launched in beta. Hashim Warren explains it delivers improvements to their headless WordPress integration with Gatsby Cloud and promises “near-instant publishing and live content preview.” 💨

There's also a tutorial for the plugin. 👈

Iain Poulson and Ashley Rich have created a WordPress news site, wpcontent.io. They hope it will fill the gap left by ManageWP, which was closed down recently by GoDaddy. 🗞️

How a Virtual CFO Can Help Your Business

Jeff Meziere of Business Value Academy is hosting a free webinar on the benefits of having a virtual Chief Financial Officer (CFO) on your team. It will take place on July 16 at 11:00 AM (CST). Register Here »

I used a CFO for Hire during a significant part of my time building iThemes and benefited greatly from it. In the first year, he saved me at least 5 times what I paid him. Additionally, he helped me know how to read financials and also finetune them for better decision making. My friend and partner Jeff Meziere, who is also a CPA, will be sharing how a Virtual CFO can help you grow in this free webinar.

If you an experienced writer and want to contribute to writing documentation and tutorials for WordPress, M Asif Rahman wants you to take a look at the WordPress projects in Google’s Season Of Docs 2020.

There are some details to consider, including time commitments, and Google's qualifications for technical writers. ✍️

Should WordCamp and Meetup volunteers and attendees be acknowledged with badges that appear in the Contribution History section of WordPress.org user profiles? Currently, only event organizers and WordCamp speakers are recognized in this way. 🏕️

🎙️ Here are some excellent podcasts I listened to recently: 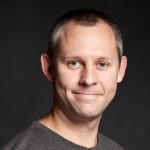 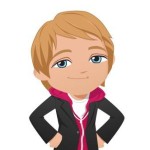 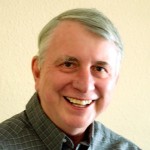 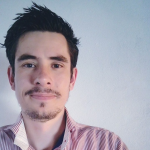