Josepha Haden Chomphosy shares the big picture goals for the year, which include Full Site Editing in Core.

Referring to the overall roadmap for Gutenberg, Josepha noted “Much of that roadmap is on a multi-year timeline, and it can be hard to know what’s next with such a distant North Star.” As near-star goals, she highlighted Full Site Editing, LearnWP, and contributor tools.”

Josepha also stressed these are broad, incomplete targets with lots of supporting pieces, like translations and accessibility. 🌟

The WP Buffs has made its first acquisition: WP EZI. 👏

Allie Nimmons explains how this came about and what's next:

“…WP Buffs purchased WP EZI for 5-figures. This included 65 active subscriptions and 343 total customers… WP Buffs won’t be making any changes to WP EZI’s services or branding at all, at least not right now. The only change that’s being made: WP EZI will stop selling new care plans.”

Joe Howard commented: “Just from a financial standpoint, we had bandwidth to be able to afford a purchase that will pay us back within 9-12 months.”

🎙️ There is also a WPMRR podcast episode with Joe and WP EZI founder Paul Tselekidis.

The WordPress maintenance space isn't something that comes to mind often when I'm thinking of business acquisitions, so it's good to see it growing in value. 📈

🚫 Mika Epstein reminds WordPress plugin developers they must not interfere with or change the defaults of WordPress's update settings:

“You may offer a feature to auto-update, but it has to honor the core settings. This means if someone has set their site to “Never update any of my plugins or themes” you are not to change those for them unless they opt-in and request it.”

Exception: Plugins that have the express purpose of managing updates are allowed to do that. 🔌

🏗️ Steve Benjamins from SiteBuilderReport shares some trends and market share data from 2020 for web builders.

With full-site editing in place as early as this June, WP.com and many managed WordPress hosts should fit the definition of a builder for many of its users — without being contained by it.

Check out our latest Webinar Replay featuring Patrick Rauland: Tips for Building Cost-Effective Ecommerce Sites with WooCommerce. And if you missed it, here's the video with Ana Nunez explaining How Vida Bars Hit 6 Figures in 9 Months … in a Pandemic. ✨

📧 Be sure to subscribe to the Commerce Journey newsletter for our latest content and a roundup of the best eCommerce reading from around the web.

Terence Eden tells a story that shows how simple HTML can be quite effective.  If you want to connect people to vital information even if the technology they're using is terrible, less is definitely more. 🤔

Eric Karkovack asks if high-quality and free WordPress themes are a thing of the past:

“Right now, the WordPress theme landscape is so filled with bloat and obnoxious sales pitches that it’s hard to see how anyone benefits… Free themes have a role to play. While a new user could certainly opt for one of the default themes that come bundled with WordPress, it’s also crucial to offer choice. Unfortunately, the amount of quality free options is lacking.”

Eric has another good post that explains why Two-Factor Authentication (2FA) can fall short along with some suggested alternatives:

“2FA Doesn’t necessarily need to be a requirement… but for most sites, you may consider going with stringent password requirements instead. Also [offering choice allows users] to choose the flavor that works best for them.”

Twitter has acquired Revue, a small company whose service lets you build newsletters from your social media, RSS feeds, and other sources. Matt Mullenweg noted that Automattic was the largest investor in Revue. 🗞️

It's great to see how they're giving back to the community. EasyWP is active as a sponsor of WordCamps all over the world. 🏕️

Leonardo Losoviz describes how to implement a GraphQL server with components in PHP.

He starts by defining components, and then he describes “the architectural design of the GraphQL server in PHP GraphQL by PoP, which uses components as a data structure instead of graphs.”

I've always enjoyed a developer's take on key subjects, and Tom McFarlin is an old pro at dispensing this type of wisdom. Tom recently compiled a rundown of material regarding privacy he has covered in both 2019 and 2020 that is worth a look. 🔒

🇺🇸 Peter Slutsky over at WordPress VIP tells the story of their involvement in the Biden-Harris transition website and who they worked with:

“In the weeks leading up to the election, WordPress VIP joined forces with Wide Eye Creative and the transition’s digital team led by Andrew Nacin. Everyone recognized the site’s pivotal role on the global stage which created enormous pressure to get every detail exactly right.”

Speaking of government sites, we shared the news last week about the new WhiteHouse.gov using WordPress. On Twitter, Andrew Nacin recently confirmed his involvement, which shouldn't come as a surprise to some in the WordPress community.

Fast Company‘s Lilly Smith told the story in detail with Nacin as a source. Among the many revelations in this article, we learn the “team built the site in six weeks, a process which Nacin says would normally take six months.” ⏩

“They are not replacements for manual a11y reviews, though some will guide you through a manual a11y audit.”

🔈 Elisa Edelberg reminds us that audio descriptions are required by law in certain industries, like higher education in the United States:

Google claims they have found a privacy-friendly substitute for cookies, although there is reason to doubt it will ever be implemented. 🍪

Jamie Indigo has written a technical SEO guide to Lighthouse performance metrics. Jamie offers some instructions for testing your performance and understanding the metrics behind Lighthouse's Performance score.

jpeg.rocks is a nice tool if you need to optimize JPEGs in a pinch. Your images don't leave your device — it's all done in the browser. 👍

Unless you were living under a rock this week, you probably know there was a significant event involving hedge funds, Reddit, and Gamestop. 🤯

It's an ongoing story, and I won't even begin to try to explain it, but Ian Welsh has an opinionated overview, and so does Akash Painuly with this tweet. Akash gets right to explaining what a short trade is if you're not familiar with the concept.

Read this tweet from Josh Gross for the backstory — it goes back about a year! 🐦 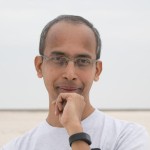 Entrepreneur Geek. Founder, Problem Solver, Down to Earth. Loves code, but focusing on marketing, scaling up and building multiple successful… 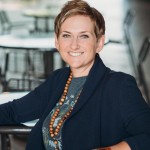 Spend any time with me and you'll see how passionate I am for entrepreneurs and people in the WordPress community. 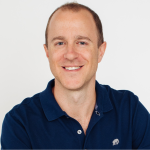 Director of Marketing for Jetpack 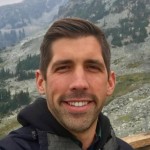