The Gutenberg 10.1 release is out with visual enhancements for reusable blocks, improvements to Full Site Editing, widget and navigation screens, and global styles. ✨

Anne McCarthy has an overview of the current core editor improvements that impact front-end performance and speed. 💨

It may be on its way out of WordPress, but the jQuery 3.6.0 release is out with some good bug fixes and improvements. 🐛

Elementor in the room 🐘

A recent conversation in Post Status Slack centers on Elementor. The company targeted “full-site editing” in some of its Google ads.

Community member Birgit Pauli-Haack is the publisher of Gutenberg Times and a contributor to Gutenberg. She noted on February 25:

Elementor is targeting “WordPress Full Site Editing” for their ads, and also runs an ad “Frustrated with WordPress? Use Elementor.”

To be fair, companies often buy competitors' keywords for ads. It's the wording that seems to criticize WordPress itself that has not gone over well.

🍻 On March 1, Sarah Gooding reported on the story and Slack discussion at the WordPress Tavern and Elementor representative Ben Pines joined Post Status Slack. Pines has claimed his company is merely advertising for a generic feature set when it refers to “full site editing” in ads.

“I think Elementor would be successful even if you didn't look at the names and features Gutenberg is launching, then try to co-opt them in your marketing. Full site editing was not a widespread generic industry term inside or outside of the WP community before we announced it… It's not a trademark thing, just a common decency thing.”

Ben offered to get on a call with Matt. He also stressed that at Elementor, they “believe in WordPress and … fully support the project.” They believe “like WordPress, in democratizing the web and adding value to the community, working together to do so.”

At Make WordPress Core there is a discussion taking place about dropping support for Internet Explorer 11 in core. IE 11's usage is very low by several measures. It would be a great benefit to developers to let it go.

Some concerns remain “for those who are unable to upgrade, like financial institutions and education sectors, and those who rely on IE11 for screen readers.”

What do you think? Make your comment by March 18th. 💬

During the first session at DE(CODE) 2021 on Thursday, Jason explained how Atlas works:

“WPEngine has the entire stack for headless, so instead of piecing together various technologies, all the pieces are all in the same place for one price and one support team to call.”

Atlas allows developers to choose any JavaScript framework, it auto-deploys from Github, and it provides scripting and CLI tools.

Jason said Atlas uses Server-Side Rendering (SSR) to make WordPress “as fast as static” content management systems. He also emphasized the mission of WPEngine is to make WordPress the “number one headless CMS in the world.”

More details and commentary will be forthcoming, I'm sure. But I doubt WP Engine will be the only hosting company in the Headless WordPress space. I think back to Matt Mullenweg's comments recently on a Clubhouse call and during 2020's State of the Word. Back then Matt gave the impression that headless was not the next “big thing” for WordPress.

Time will tell. In the meantime, you might enjoy this older Post Status Draft podcast episode about headless WordPress. 🗣️🪓

📝 Back in 2015, Helen Hou-Sandí created a small plugin. It allows users to add a revision note inside WordPress when they update a post. Now Helen has demonstrated how to adapt an old plugin to the block editor, using her Revision Notes plugin:

“I’m going to explain the process of achieving the final code, first demonstrating what most people will need, then what I actually did because of some specific UX needs, and then dissect the revision bug and things I tried that didn’t work out.”

It's a great and needed tutorial. 👍

More WordPress news on the hosting and eCommerce front: GoDaddy has launched new WooCommerce extensions, which according to the press release are from GoDaddy's recent acquisition of SkyVerge. These extensions “increase the value of GoDaddy's WooCommerce plugins from $3,000 to nearly $6,000 worth of premium extensions.”

Chris Lema, who works for a competitor to GoDaddy, observes this is a welcome addition to the eCommerce hosting space:

It's certainly no surprise that hosting companies are continuing to promote their eCommerce capabilities — particularly with WooCommerce. Last year saw the largest yearly recorded growth in WordPress and WooCommerce. WooCommerce sites are the fastest-growing type of WordPress site according to W3Techs — unless you count Elementor: 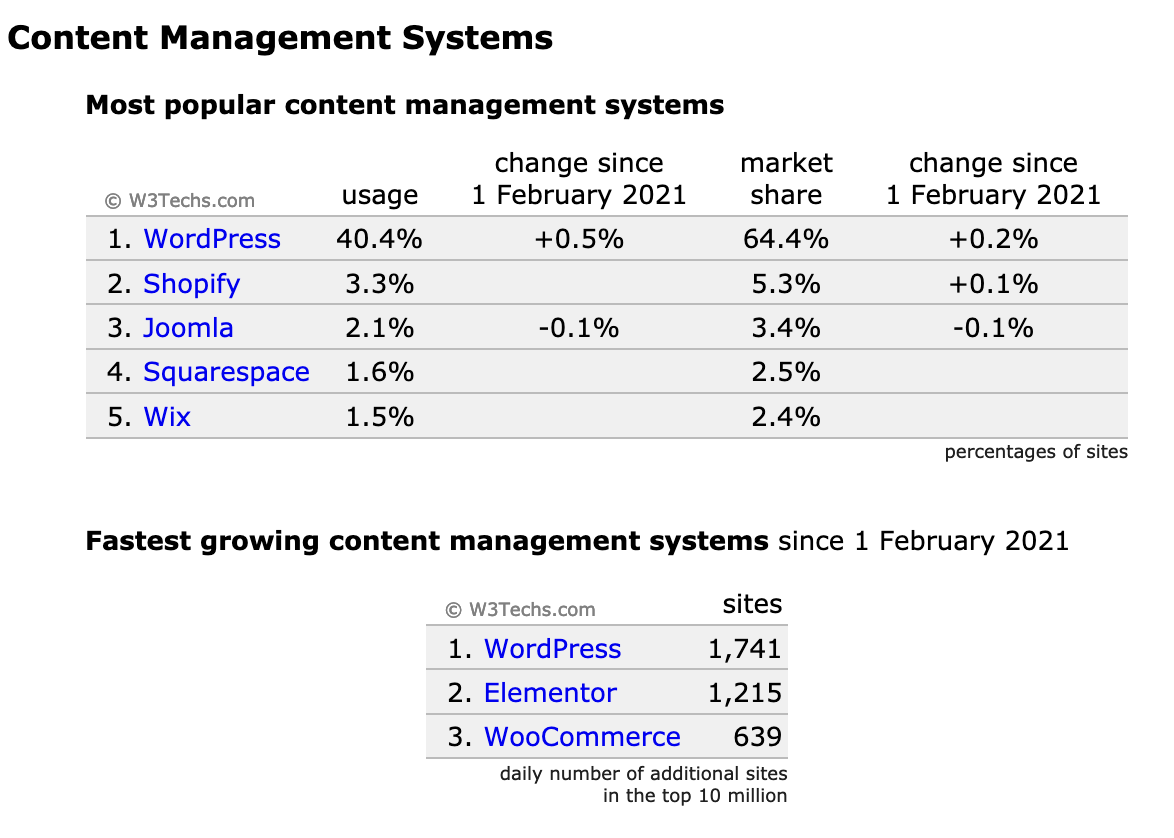 Andrea Middleton shares what she feels are some missed business opportunities in the WordPress space.

Because WordPress is open source, any solution or features a third-party developer sells can be added to WordPress Core. That means it's important for third-party businesses not to monetize access to their software. Instead, they should:

“…monetize something that makes the software more powerful for [their] customers. What you’re selling should be so valuable that your customers would still pay you for it, even if your plugin or theme were merged into Core.”

What doesn't tend to work? “Companies that make brash, unsubstantiated business claims and regularly trash-talk competitors… do not flourish in WordPress.” 🤬

💬 Tell us what you think or jump right into the discussion in our #development channel.

Listing some of his favorite WordPress tools, Austin Gil says “a lot of folks talk trash about WordPress,” but it's still “pretty darn great.” 🤨

“…for the folks that like to hate on WordPress because that’s the ‘cool’ thing to do, just stop. It may not be the best tool for every single thing, but it does what it does really well.”

Brad Dickason argues speed and responsiveness are the ultimate “killer features” that ultimately made the iPhone a success at launch.

Speed in checkouts, in virtual reality, and design tools are examples Brad uses. With any product, we should keep in mind what we are trying to sell to the world. It may save people time, money, or help them solve a problem.

Very true: “Introducing friction or delay during the most important flow of your product will drive people crazy.” 🤪

At some point, you want to hide information or an element on a page. Kitty Giraudel explains all the right (and wrong) ways to do it — and when you should do it — with HTML or CSS.

The WebAIM Million is an annual accessibility analysis of the top 1,000,000 home pages. The most recent results are from February 2020, and one might expect another report soon.

Some significant numbers that likely haven't changed dramatically are not good ones:

“users with disabilities would expect to encounter detectable errors on 1 in every 14 home page elements with which they engage.” 😯

Here's a nifty font tool that uses Machine Learning: fontjoy.com generates font pairings to your specifications with a single click. 🤖

🎨 Lukas Oppermann writes about the more and less well-known benefits of design systems:

“Knowing the benefits can be useful when you try to convince your management that a design system is not a waste of money. Or when you want to convince your designers that it will not replace the creative part of their job.”

Chloe Chamberland has the skinny about a vulnerability discovered in User Profile Picture, a plugin installed on over 60,000 sites. 🔌

A patched version of the plugin (2.5.0) was released by its vendor, Cozmoslabs, on February 18.

Sarah Gooding reported on accessibility consultant Joe Dolson and how he detected suspicious review activity for the AccessiBe plugin at WordPress.org. Joe's discovery led to the removal of at least 33 reviews.

Accessibility plugins that offer “quick fix” solutions are usually frowned on in the accessibility community. Paying for reviews certainly isn't helping AccessiBe's image in this case either. 👎

Iain Poulson shares how Delicious Brains built an Elementor addon for WP Offload Media, and some tips on how to use it. ☁️

Mike Jolley explains how he created a login system for a ReactJS app using WordPress and WP GraphQL. Mike described his work as:

“a GraphQL mutation which accepts login credentials and logs users in using a custom cookie, and we’ve set CORS headers so the browser allows the cookies to be used…. we can now hook this up to a login form in the React app.”

Here's an interesting look at how deaf people are adapting sign language to accommodate limitations of video communication while working from home.

As you might guess, Zoom fatigue has been a thing deaf people have been coping with for a long time. Why? Close attention to non-verbal visual cues is essential for reading lips and signing. 🧏

The first peer-reviewed theory of Zoom fatigue pinpoints “non-verbal overload” as its most likely cause. 😫

Caroline Criado Perez, the author of Invisible Women, gave an insightful interview at evoke.org. Caroline's book explores how many common objects and technologies are designed for and by men. This “impacts not just the comfort, but also the safety, of women worldwide.”

On a similar note, gender-inclusive language is about more than comfort and personal preferences. I found this “how-to” guide by Enfys Book educational, and you may too. 👩‍🎤

Stephanie Eckles shared the release of the a11y-color-tokens package. It “generates accessible complementary text or UI colors as Sass variables and/or CSS custom properties from your base color tokens.”

At the time I write this, it seems Firefox might be replacing Google Analytics code with a shim — “a fake no-op GA (rather than outright blocking it) in strict tracking protection.”

They've “also created an entirely new icon for Google Fonts itself.” In my view, this change makes another Google product logo unrecognizable. 🤷‍♂️

WP Lookout has added a new feature that will try to detect and notify you when a WordPress.org plugin has been marked as “closed” in the plugin directory. 🔌

Founder Chris Hardie says they're also noting plugins that have been in the news. The news sources to be considered “consistently provide thoughtful and in-depth coverage of noteworthy happenings in the WordPress ecosystem.”

They are Post Status, WP Tavern, the Wordfence vulnerabilities blog, and the iThemes vulnerability roundup blog. 😊 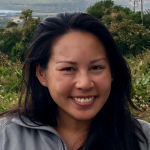 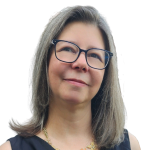 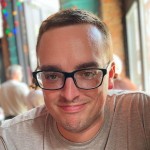 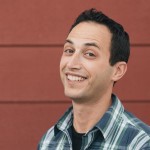