There are a few roadmaps and active core components that are worth keeping an eye on right now. I figured I'd just lump them together:

Preparing your plugins and client sites for term meta

Term meta basically got a “clear to go” message in today's dev chat. That is awesome, and now it's important that you step up and prepare. Boone took the painstaking task (I offered to help then basically did nothing, like a jerk) of going through current plugins and identifying trouble areas. But that doesn't mean there isn't a bunch of custom code out there that's not problematic.

Basically, most term meta implementations won't be auto-ported to the new system, but if decent practices were used, they won't blow up either. But if your implementation uses common naming schemes, like add_term_meta(), then there will be problems.

Read Boone's walkthrough and make sure your plugins and custom implementations are in good shape. Another way to get the word out is to bring this up to your meetup and WordCamp lists — because there are loads of folks that don't keep up with this stuff, but will get waxed if they have incompatible code.

A possible roadmap for the Customizer

The Customizer is a beast of a component. Weston Ruter has outlined a potential roadmap for its future. Two of the most interesting are experimenting with new and different interfaces (versus the sidebar setup), and enabling a new user experience from the customizer. But there are also super practical items like speed improvements and a bunch of smaller iterations that could make it a much better experience.

Committer reviews of the REST API

Gary Pendergast gave all the WordPress Committers homework. In a new concept for code review, he's asked that each committer does a review to focus on one or more parts of the REST API, and offer feedback. I love this idea for a feature this big, and I love that Gary doesn't feel bad giving his counterparts homework.

What went right/wrong in 4.3

Konstantin Obenland did a post mortem to discuss what went well and what didn't go well in WordPress 4.3. Post mortems are excellent learning opportunities and a few things were learned in 4.3, like every release. These help the project improve and learn from its own mistakes.

My hacks are gone

my-hacks.php is the old, old, old school way of changing your WordPress website. Long ago deprecated, now it's officially not going to be allowed.

This isn't a complete list at all, but these are some of what I think you should be paying attention to right now (other than stuff I've given full Notes attention to, like the REST API merge). 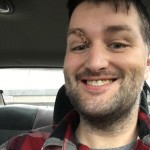 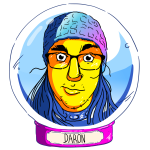 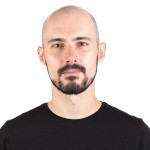 Founder at WPMarmite.com, one of the french leading blogs on WordPress. 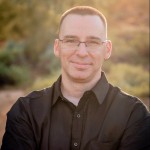