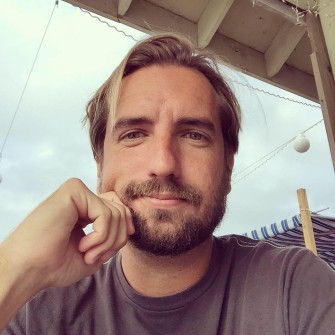 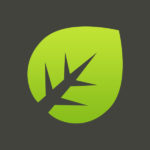 I was born and raised in Central Florida, and currently live in the awesome town of Sarasota. I’ve resided in the great cities of Lahaina, San Diego, Orlando and Honolulu as well — I’m not fond of cold weather.

I create online brands, design and develop killer WordPress themes, and illustrate some pretty cool logos. I love to surf, relatively small waves by Hawaii standards. I also strum a geetar, hike with my crazy dog, catch fish like Bill Dance and I’m a natural on a snowboard — despite only seeing snow a handful of times in my life. I have an amazing fiance, an awesome family, a famous brother and great friends. There isn’t much to complain about.

I attended an arts high school during my awkward teenage years where I spent most of my education drawing pictures of monsters and aliens. I was real cool! When I wasn’t drawing or playing Warcraft II over a 56K modem, I was off wakeboarding, bow hunting or being towed behind a Camaro on rollerblades at 60mph in an attempt to balance out my nerdiness.

With a degree in computer animation from UCF, my career began in a cubicle modeling 3D cockpits and texturing kill switches for one of the many government contracted military simulation companies in central Florida. It sucked! I didn’t take it seriously, often showing up late after surfing the mornings at Cocoa Beach. Eventually, I was fired. The corporate Office Space life was not for me. I stumbled in to design, and loved the potential freedom the field offered. I paid my dues for a couple years at a top notch interactive firm, then started a freelance design business. In 2007 I left for Oahu in search of the perfect wave while foraging for any freelance work I could find to pay the bills in Waikiki. Two years later I created Organic Themes and Kahuna Host with my best friend from high school after moving to Maui. Our company, Organic Themes, has since become one of the most popular WordPress theme companies with a reputation for excellence. A year later we created the WordPress hosting company, Kahuna Host.

These days I continue my work with Organic Themes and Kahuna Host while working on new projects and brands.