I think bringing Automattic resources into core WordPress development to put a huge effort into improving the WordPress editing experience is a good thing.

An email went out last week to the authors of all plugins with more than one million active installs. The emails were sent from Andy Peatling — a manager at Automattic, in charge of Calypso — to the email address plugin authors provide to WordPress.org. In the emails, Andy invited plugin authors to participate in the Calypso effort to enable plugins to be “plugin aware” as Matt Mullenweg cited in the State of the Word. The invite said, in part, the following:

We'd love for someone with your plugin installed on their WordPress
site to have a menu and interface for it, right in Calypso. That's why
we'd like to invite you to be one of the first participants in our
experiment to support third-party extensions in Calypso. 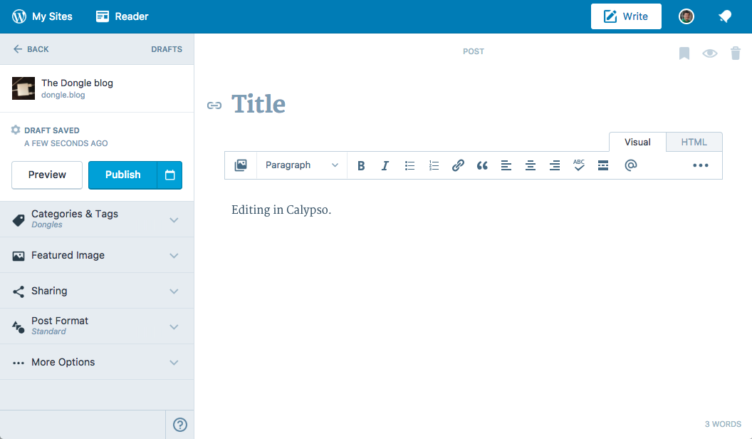 Matt clearly believes in Calypso as a superior user experience. He said as much in the interview I did with him: “If you look at the speed and user experience of what's possible in Calypso versus what's possible in WP admin, yeah, it's a hundred times better.” He also sees the issues of the editor and the customizer as issues for both platforms, and that, “if we solve them for one, we solve them for the other.”

He believes the most effective way to see changes in WordPress (which Automattic can take advantage of) is to make them in WordPress itself, then to port them to Calypso.

That's why I want it to be core first as well, because, to be honest, Calypso gives you so much stuff for free, it's a really great environment to develop in. … If we built it there first [Calypso], it would probably take an equal amount of time after that — if it took a year to do, it'd take another year to get into core — versus going the other direction, if it took a year to get into core, it'd probably come into Calypso in a few weeks.

And he's bringing as many as, “fifteen two twenty people, easily,” to WordPress core development as part of the new development cycle he's leading. Ideas, user experience testing, and other elements will come with that team from Automattic to WordPress, but I highly doubt there will be a real effort to directly swap the interface with Calypso's.

Calypso is a single page application written in JavaScript (via React), and has a Node.js layer to run. While it's an impressive and ambitious project, it's highly unlikely to be a direct port to WordPress itself, though some people seemed to think that was the direction we're heading after hearing Matt's State of the Word. For one, running Calypso requires a specialized server environment that would be antithetical to WordPress's longstanding commitment to run virtually anywhere.

Bringing ideas and learning from Calypso is not a bad thing. Far from it! It's the way the best work happens in the WordPress landscape. A famous example is how a WooThemes plugin inspired what eventually became menu management in WordPress. Prior to that, menus in WordPress were a nightmare of inflexibility.

It is right, and good, for companies to bring their best open source ideas back to the platform. If Automattic were not the author of Calypso, people would not be wearing tin foil hats, and would welcome the contributions with open arms. In the case of Automattic, there is certainly more skepticism.

Some of that skepticism is warranted. There is not always a clear delineation between what's good for self hosted WordPress sites and .com sites in Matt's view. He's often stated that what is good for one is good for the other. Actual use cases of each platform show otherwise, I believe.

But a simpler, faster interface is certainly good for both platforms — as long as power is maintained for developers. Matt cited this exact sentiment in the State of the Word, as shown in his slides.

So in this case, I think the goals align quite well.

The fates of Automattic's biggest product and WordPress itself are fairly closely aligned, whether we like it or not. The current state of editing and managing WordPress websites is not great. Mostly, I believe it's an issue of speed, but it's also a problem with user experience — especially for new users.

WordPress has been so widely adopted largely because of how easy it has historically been to get started publishing content and manipulating the software, relative to the competition. Well, the competition is moving the goal posts all the time. If we aren't adapting to the new location of the goal posts, we'll get left behind. All of us.

I certainly disagree with the blurring of the lines between Automattic and WordPress. It drives me crazy every time I see a press item say Automattic is the parent company of WordPress; it's why I made this. And I think Automattic, while not directly encouraging the ambiguity, doesn't go out of their way to prevent it.

And Automattic definitely has a “special” set of rules and allowances. Just consider the email I began this post with. What other commercial entity would be given communication access to plugin authors? None. That's just part of the deal with WordPress.org (the website) and Automattic. They are both Matt's babies.

To list our plugins and themes on WordPress.org is to play by Matt's rules, because he owns the website and can do what he wants. Sometimes playing by those rules stinks — like using .org data but not sharing it widely, or the hosting recommendations ambiguity, or myriad other issues that get under a lot of other folks skin. In other situations, such as benefiting from thousands of hours of Automattic's work to create a better editing experience, it's not so bad.

The key to a successful relationship between Automattic and the WordPress community is to understand the relationship itself, and to identify areas where both truly do benefit one another. Creating a simpler, faster, better editing environment is certainly an area I think we can all agree on. I welcome the resources Automattic can bring to that effort. 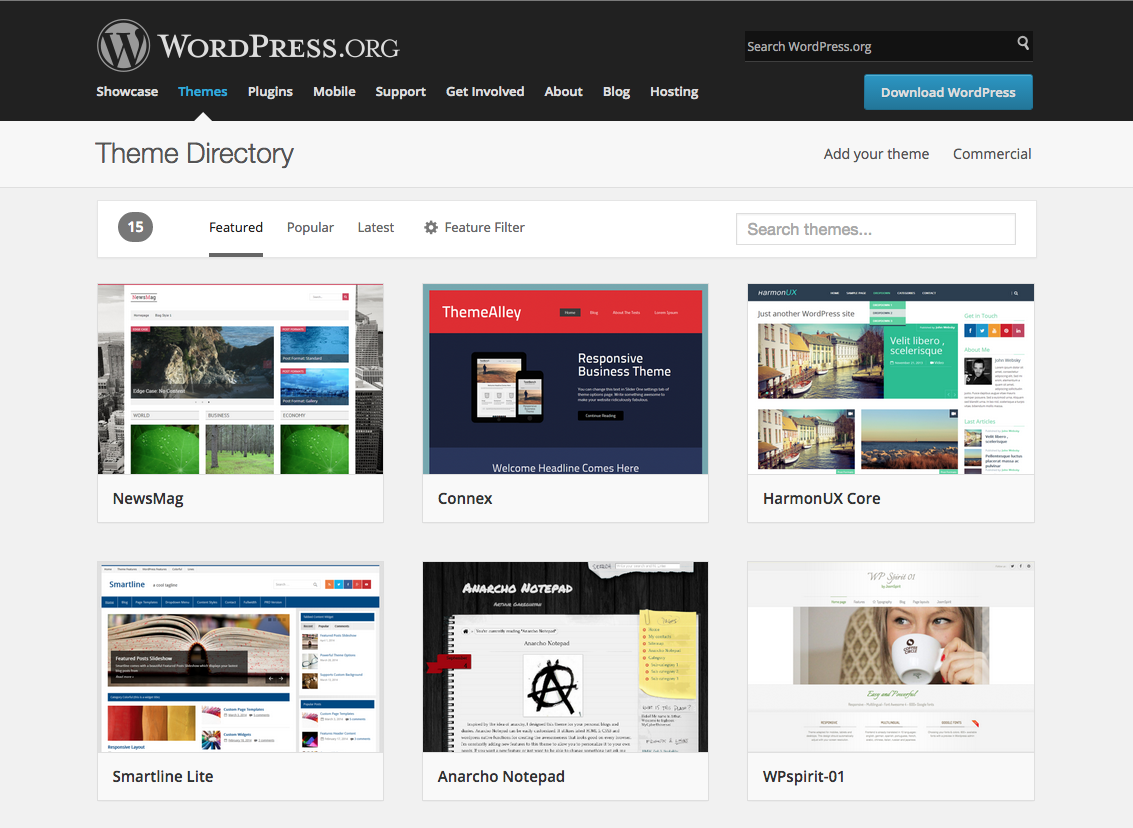 The team behind WordPress.org has launched a brand new, and improved, theme directory experience. The directory also goes into a customizer-like experience when you click to preview a theme. My one beef is that I wish the demos themselves could be customized by the theme author to create a proper demo, and not the auto-generated… 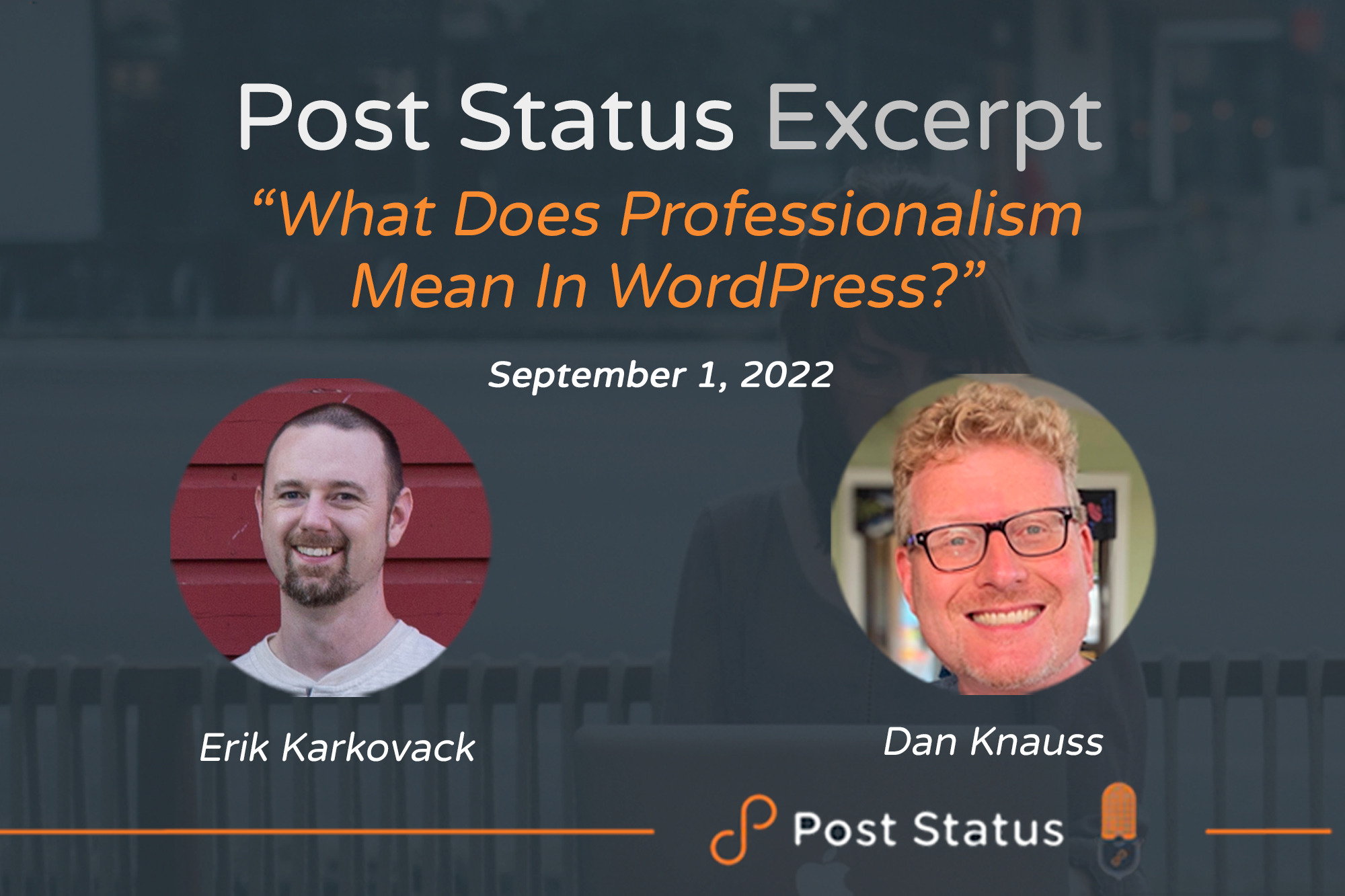 Dan and Eric discuss their top picks for WordPress news stories of the week and the topic of professionalism. What is it — what does it mean for us in the WordPress community, and how does it relate to a healthy open source project and business ecosystem?

WordPress.com is happy to brag about their perfect score from the Electronic Freedom Foundation. As many things that sometimes frustrate me about Automattic, their insistence on this style of transparency is an excellent trait.

Timothy Vernon outlines how inlining your CSS can improve site performance. Lots of useful information here. 🏃 Timothy mentions that Chrome has a tool to find unused JavaScript and CSS; he also mentions Penthouse, which generates “critical CSS” for your webpages.

David Hayes has done an excellent job giving a lay of the land of the JavaScript world, as it applies to WordPress developers. WP Shout also completed their hosting survey, and the results are out. The sample size is a little small but it can still be valuable.

WP Stagecoach is a tool that’s been in development, alpha, and beta testing for around two years. It’s a host agnostic tool that allows website owners to create staging sites and merge changes back to the live site. Morgan Kay announced the official launch of the paid WP Stagecoach product today. The tool is $12 per…