Gutenberg 4.6 is out with a relatively shorter changelog than in the past. Mostly browser related fixes (for IE11, Edge, drag-and-drop functionality), an improvement for block preview styling, and various other tweaks and fixes. This “what's new” update has been noted as the “final” one, so we are close.

Matt Mullenweg followed up on his statement about setting up “listening office hours” to discuss Gutenberg with anyone in the community. Matt also released a “WordPress 5.0/Gutenberg FAQ” on his blog that covers a few common questions. While Matt didn't offer a release date, he did mention that a release in December is more common than one might think.

Jetpack 6.8 has been released with new blocks for Gutenberg, including a Simple Payments block, a simple form block, and a map block.

Joey Farruggio shows how he developed a custom post loop as a Gutenberg Block by building a reusable testimonial block.

WPCampus is organizing an accessibility audit of Gutenberg and asking for donations to cover the cost. The target fundraising goal is $30,000 which is “between the lowest and highest proposals” they received. (Right out of the gate, the campaign raised $3k, according to Rachel Cherry, director and lead organizer for WPCampus.) When the audit is complete the final report will be freely available to the public.

Justin Sainton points out that the Gutenberg project has had the estimated work effort of about 21 “person-years” according to openhub.net.

The Gutenberg Stats blog has reported there are over 1 million Gutenberg installs now, a figure I'm sure we'll be hearing repeated at WordCamp US.

At WordCamp US, I spoke with Scott Wyden Kivowitz — the Community Wrangler for Imagely, the company behind NextGEN gallery — about their plans to created a hosted web service for photographers. Listen on SoundCloud Imagely is the new name for the company, which is a team of ten right now; they are currently underway with… 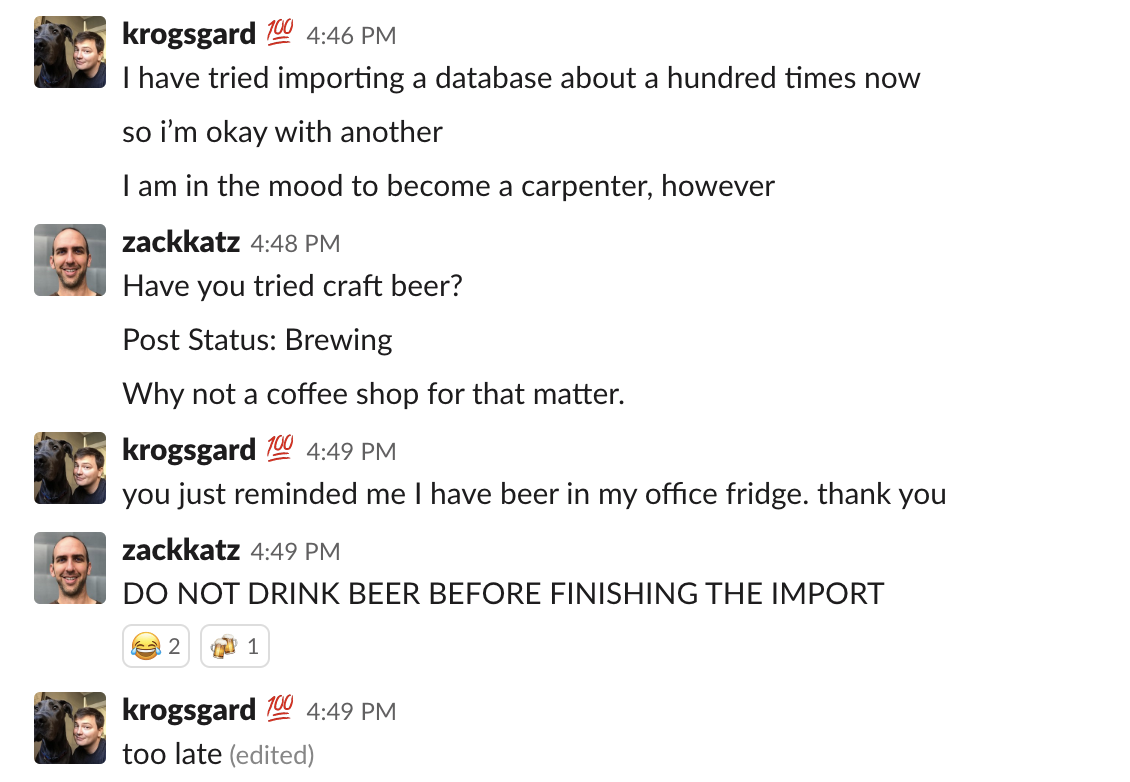 This past week it was necessary for me to spend time migrating a website and helping deploy a new design for it. It was a frustrating and humbling experience that also reminded me just how much of a challenge these things can be. It wasn’t even a particularly complicated website. I figure it’s worth sharing with…

While WordPress 5.0 and WordCamp US were consuming the majority of the community’s attention, some significant events were unfolding that will have profound and lasting effects on the web. One of these events was a rumor that Microsoft decided to replace its Edge browser (which has a proprietary rendering engine) with a Chromium-powered web browser… Missing Menu Items • Farewell PHP 7.4 • I Didn’t Know You Could Do That in the Block Editor • Why is Your Computer Cosplaying as a PDP-11? • Effective Writing for Devs • The State of CSS • The Swiss Army Knife of Website Tools: Website Toolkit

Matias Ventura has provided an update about the redevelopment of the WordPress editor. The logic flow is diagrammed and broken down like this: inferring a block representation of the post content (parsing); describing the post as an ordered list of blocks (state tree); representing the post in the DOM (rendering); attaching controls to manipulate the…