How Am I Bluehost to Live Without You?

Morten Rand-Hendriksen noticed Bluehost appeared to be violating the WordPress Foundation‘s Trademark Policy by using the WordPress logo in an ad. A day later, Josepha Haden acknowledged the tweet and said she had been “checking for context.” Josepha later mentioned having a call with Bluehost.

As you may know, Bluehost has been featured on the recommended hosting page at WordPress.org for a long time. It’s one of the very few hosts that have been selected for that level of endorsement by Matt Mullenweg.

In the #hosting channel on Post Status Slack, Matt stated that the list on the recommended hosting page “is open” and that “anyone can apply, no one can pay to be on the page.”

Matt also said, “I take 100% responsibility for the editorial… I also get a fair number of people emailing me direct feedback about the hosts listed, and how the host follows up is part of my evaluation.”

While the current list is in “good standing,” Matt acknowledges the recommended hosts haven’t changed in a while:

“It is past-due for open applications again, but I have prioritized other work on .org.”

Regarding the WordPress trademark itself, Matt summarized its history:

Apparently “Automattic can lose its commercial license to the trademark if it is not a good steward,” although the odds of this happening while Matt is still in charge are probably slim to none.

Returning to the Bluehost ad, it seems the ad was “not approved” and has been dropped. The issue might be resolved soon, following further discussion between Automattic and Bluehost.

Steve Burge interviewed Johannes Benz, the Managing Director of Raidboxes, a fast-growing WordPress hosting company. Based in Germany, they are doubling every year and adding nearly 1,000 customers per month. 💻

Here’s an older post about the history of WordPress APIs from Automattic’s mobile apps development team that you may not have seen before. (New to me.) It explains the technical background of the current entanglements of .org, .com, and Jetpack: Why don’t we support a single API in our apps? Wouldn’t that make our lives…

Josh Pollock argues that the data WordPress.org is collecting from it’s users should be made available to the public. Right now, it’s not, and if the data was available, it could in theory be used to create better plugins and themes. But at the end of the day it comes down to who owns the…

Each week we are highlighting the news from WordPress.org that you don’t want to miss. If you or your company create products or services that use WordPress, we’ve got the news you need to know. Be sure to share this resource with your product and project managers. News Preliminary Roadmap for WordPress 6.0 (Matias Ventura)… 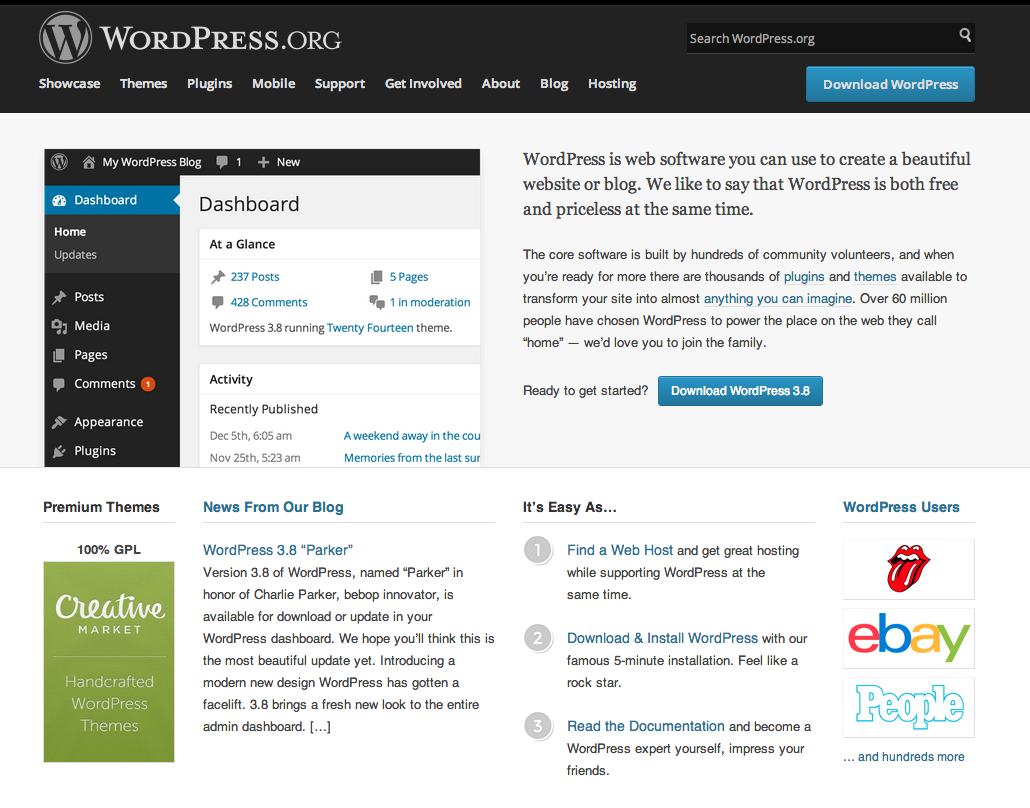 AutoDesk is an enormous company. Publicly traded on the Nasdaq, they have a market cap just under $12 Billion. You may have heard of AutoCAD, the thirty year old drafting software that’s an absolute titan in a broad range of industries. And they’ve just acquired Creative Market, a digital marketplace that’s gotten a lot of…