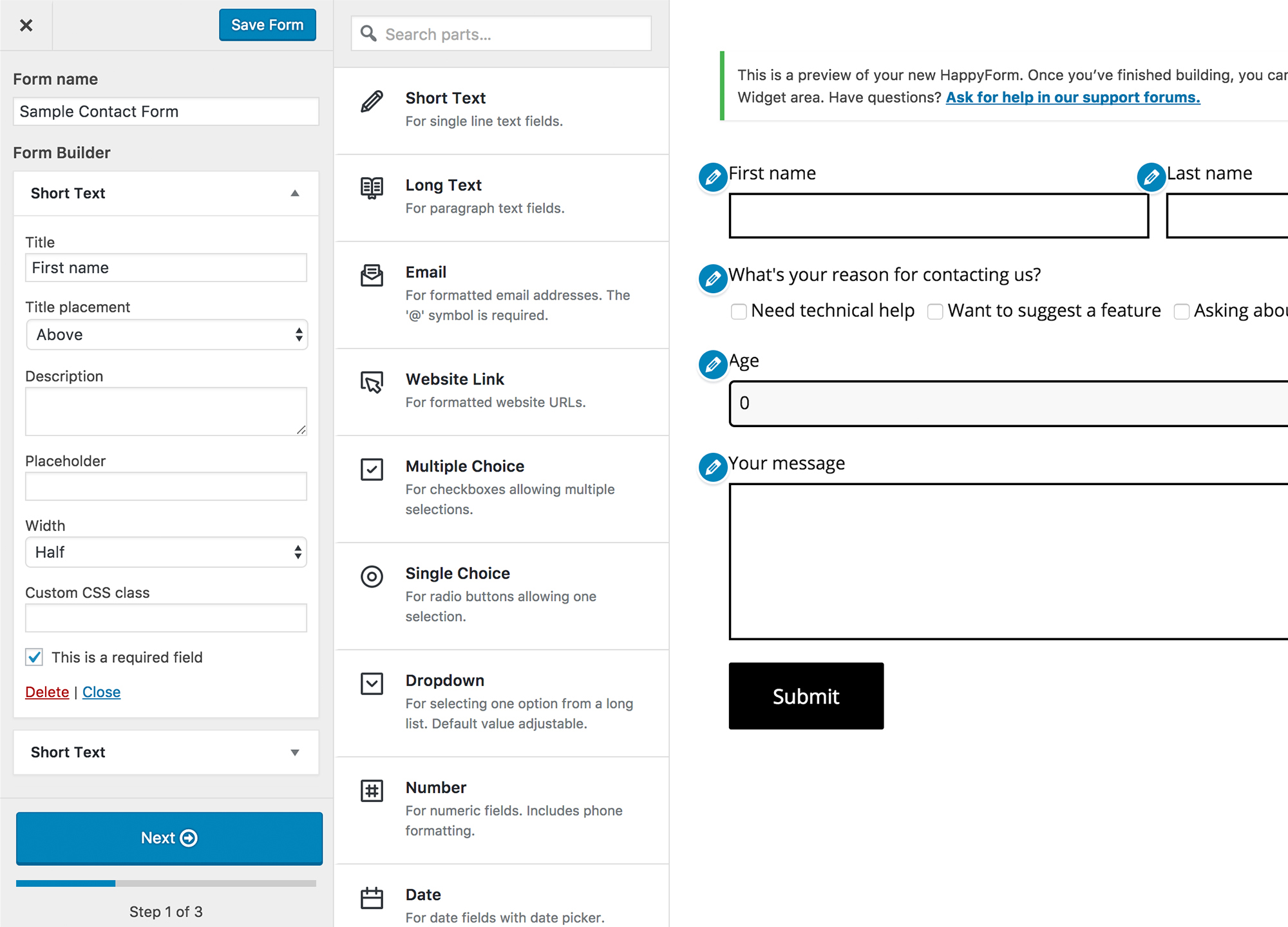 The Theme Foundry advertises HappyForms as “the simplest way for you to manage and respond to conversations with leads.” Conventionally, in functionally specific, developer-centric language we'd call it a custom form builder. Unconventionally, HappyForms talks about effective spam prevention, reliable message delivery, and lead-generation tools.

It's a commentary on the state of design in the WordPress plugin ecosystem that HappyForms is unusual for focusing on the end user's actual goals and making those goals really easy to achieve in a familiar, intuitive way.

At about 2 Mb uncompressed, HappyForms is unique as a lightweight in its category too — twice as small as WP Forms, and more than ten times smaller than the Ninja Forms base plugin.

Despite that leanness, there are a lot of field type options: validated URLs, email, and phone fields; multiple choice checkboxes, single choice radio buttons, short and long text boxes, dates (with a date picker), ratings, and dropdown selection lists, including a pre-populated list of countries.

HappyForms may have the simplest (and most familiar) interface for designing forms by using WordPress's Theme Customizer to walk you through the creation of responsive, visually attractive forms. The styling options are quite extensive, but most can be ignored in preference to the default settings. Transactional emails, feedback that appears in the page on submission, redirects, and anti-spam features are set up last. You have the option to receive submissions by email, store them in the database, or both.

Using the Customizer interface really does succeed at making documentation unnecessary, which Team Lead Scott Rollo says is a key design goal in everything The Theme Foundry creates. A user who is fairly new to WordPress will find it quite simple to set up a form, especially if they've encountered the Customizer before.

Unsurprising for a 1.0 release, there are a few bugs at this point in time, but the next release and a lot of new features are on the way. HappyForms has a strong, original concept guiding its unconventional convention-following architecture, so I expect it will be refined and imitated. Using native interface elements in a new context makes them familiar and intuitively accessible there, at once decreasing the plugin's footprint and the user's cognitive burden. 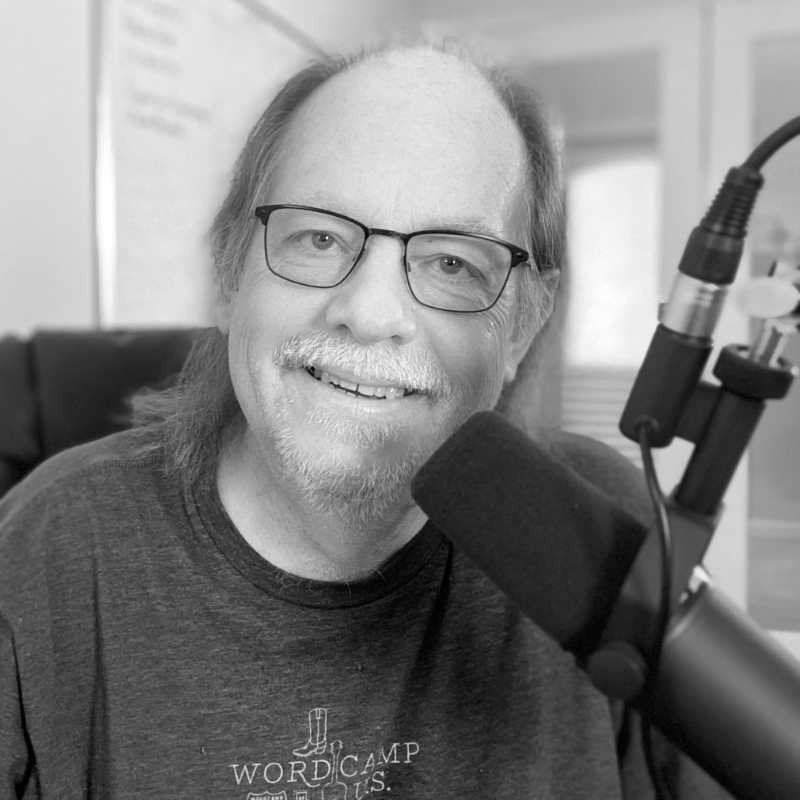 Newfold acquires YITH. The latest WooCommerce release notes. Inside Woo Support. $1.7 Trillion spent by US shoppers online during the pandemic. 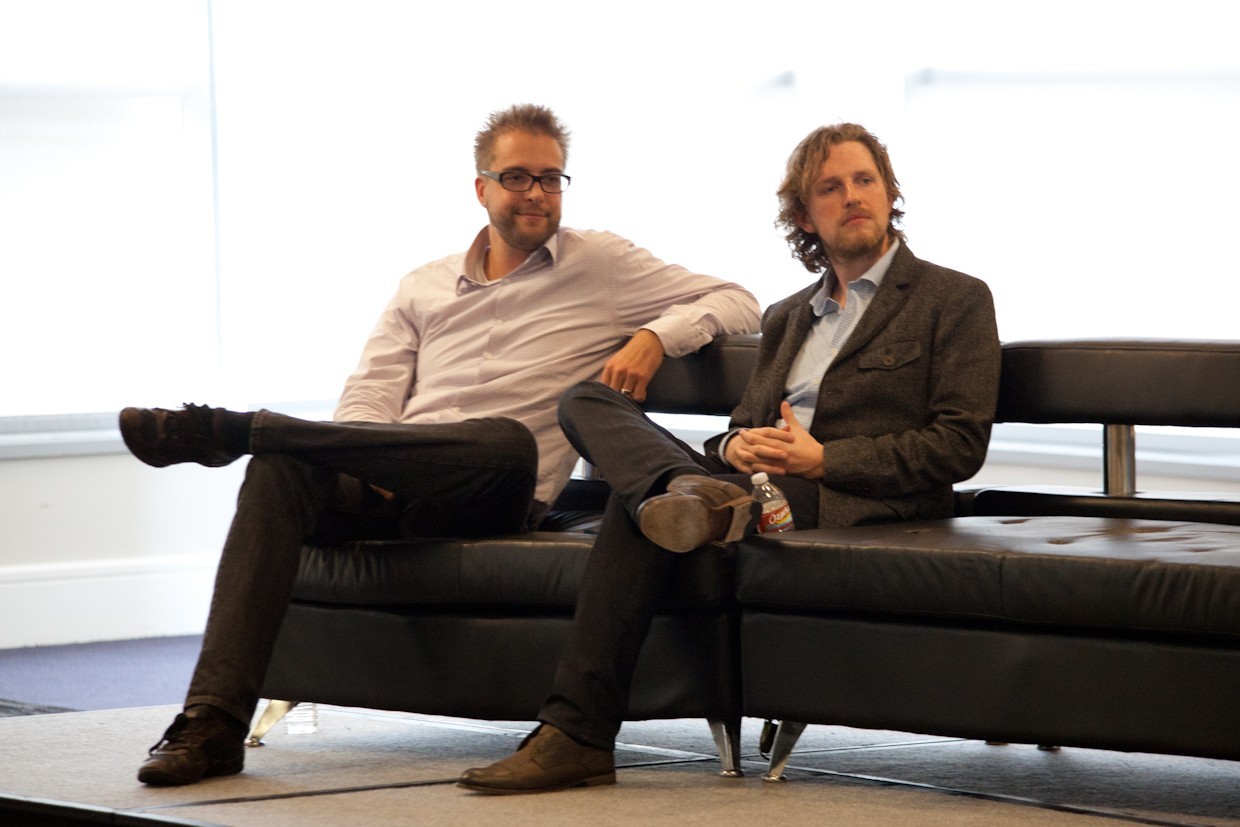 David’s podcast (and video) picks of the week.

On April 10th, learn from top experts on client work in the WordPress ecosystem, during Post Status Live — a free event perfect for all consultants. 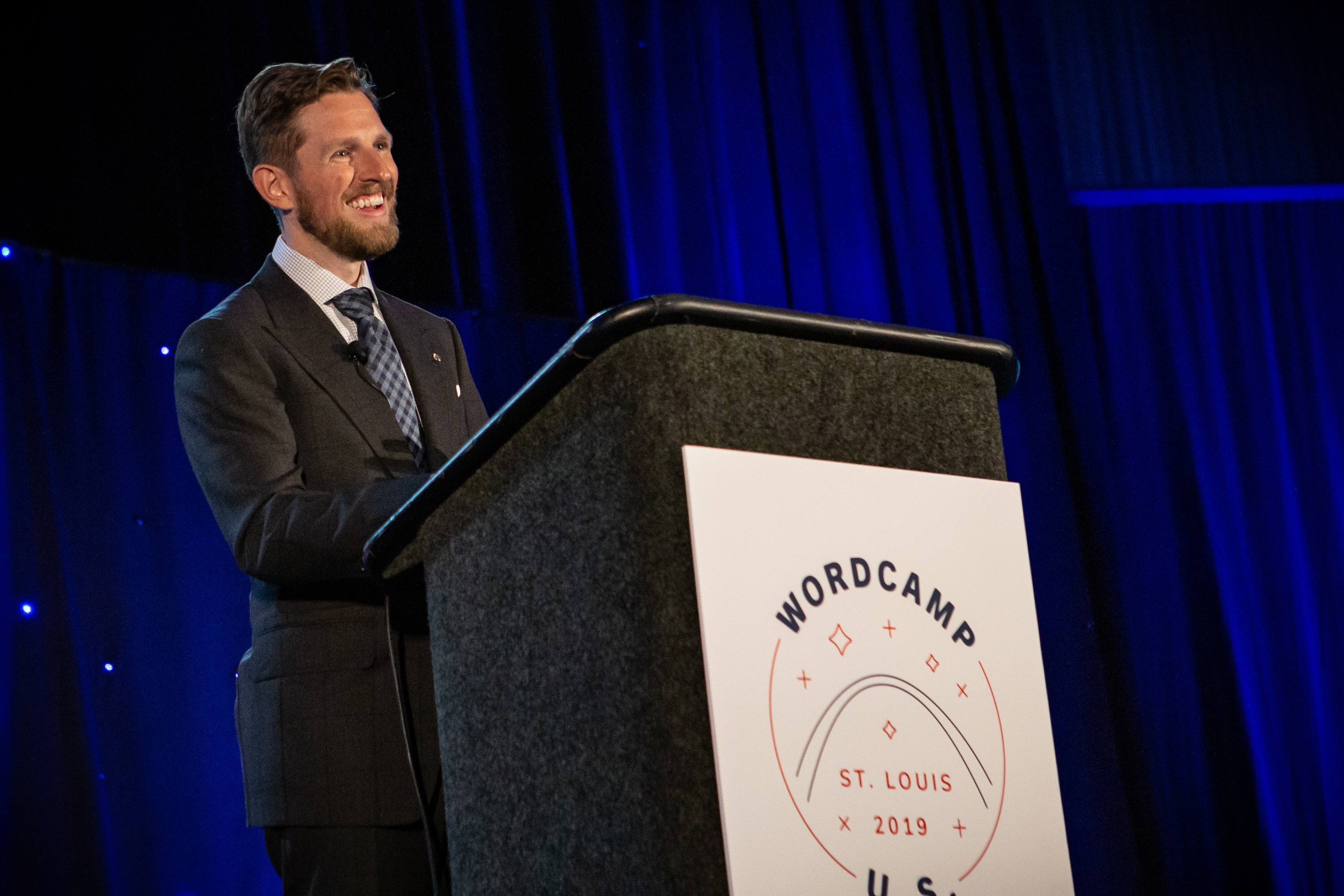