You may have already seen that Treehouse is ending their WordPress training. This came as a surprise to me when I talked to WordPress instructor Zac Gordon this last week at WordCamp US.

It turns out, they are focusing their education platform toward higher dollar training programs for software like .NET. Zac has summarized the jarring experience on his blog:

Treehouse, The online learning company where I have been teaching WordPress for the last 3+ years told me that they were going to stop teaching WordPress, give my salary to a .NET teacher, and fire me.  That was Monday.

On Friday the same week, WordCamp US started.  Between Monday and Thursday I knew I had to come up with some new idea of how to support myself and then get to WordCamp US to connect with the community about the idea and see if it would work.

It must have felt like getting a bucket of cold water dumped on his head. However, I think they did Zac a favor.

His audience is already there, ready to be loyal to him, without the middleman at Treehouse. He's able to create the content, has the skills to make the medium (a courseware website), and has spent years building the audience and brand to attract the customers.

It's Treehouse's loss, and Zac's gain. He has a shot to give entrepreneurship a go. And if he does struggle? I know for a fact he's a very hirable person and he would be an extremely attractive potential hire.

That's pretty much exactly what I told him at WordCamp US. And I think he knew it, even if it's hard to get used to. Nevertheless, Treehouse forced his hand, and he's got WP Dev Casts up and he's taking polls on what he should teach. Keep an eye out for Zac's next move.

As for Treehouse, it's hard to say what I think. I obviously don't know anything about what went into their decision making. But by nature of their decision (and some of what Zac told me) it appears they are going after the corporate-y programming ecosystem. I imagine what you might convince an aspiring WordPress developer to pay a few hundred dollars for, you may could convince an aspiring .NET or Java developer (or their company) to pay thousands for.

But it seems silly to ax WordPress from their platform. And for what it's worth, it's not just WordPress. I understand other frameworks will no longer be taught either, and I'm not sure about front-end technologies like HTML and CSS.

Treehouse has raised millions of dollars and has investors to please (speaking of axes), though their last round was in 2013. I believe I've heard or seen before that they do not turn a profit, though that's certainly not always the motive in a startup. Founder Ryan Carson claimed on his blog in October that they are, “working towards doing $100m+ of revenue.” Lynda has shown that the education space can be valuable, and I assume Treehouse is just trying to find their spot.

But to put an end to a program that's been a big part of your service the way they did? That was super lame. For a company that touts its culture so strongly, that's not how you do things. Also, there are thousands of articles that promote how they went to a four day work week, and I can't find any announcements about how they went back (except Wikipedia, which says they did so this year).

I get the feeling the culture they market and the one they have might be a bit different. Hearing Zac talk about how he tried to convince them for years that WordPress events were worth investing in, and learning that he was usually paying his own way to them, was super depressing. I used to recommend Treehouse (despite getting awful spammy sales calls from their sales team years ago) but I wouldn't today. Something seems off kilter. 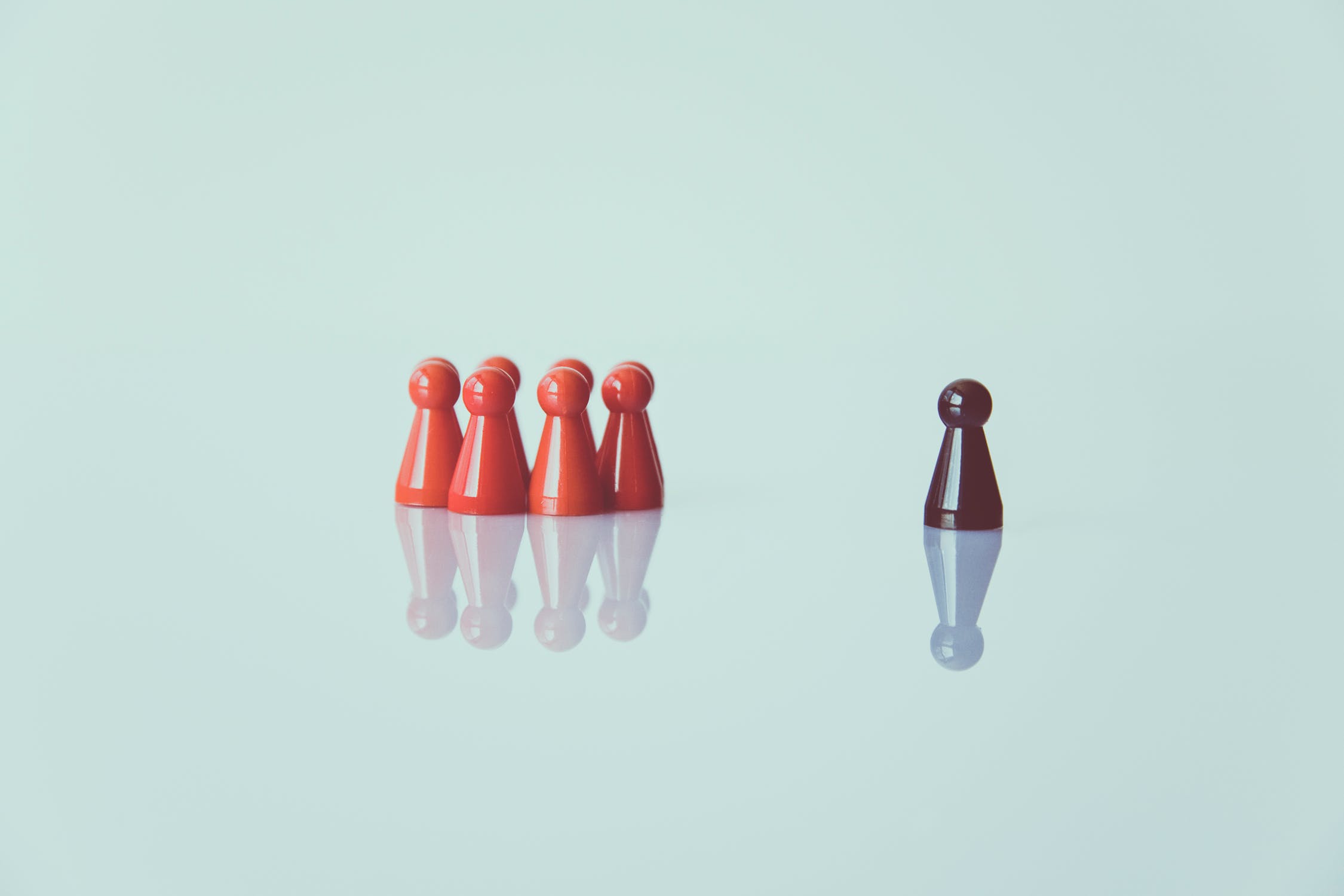 What does the future hold for WordPress themes, for theme developers and end users? Are we ready for a single master parent theme? 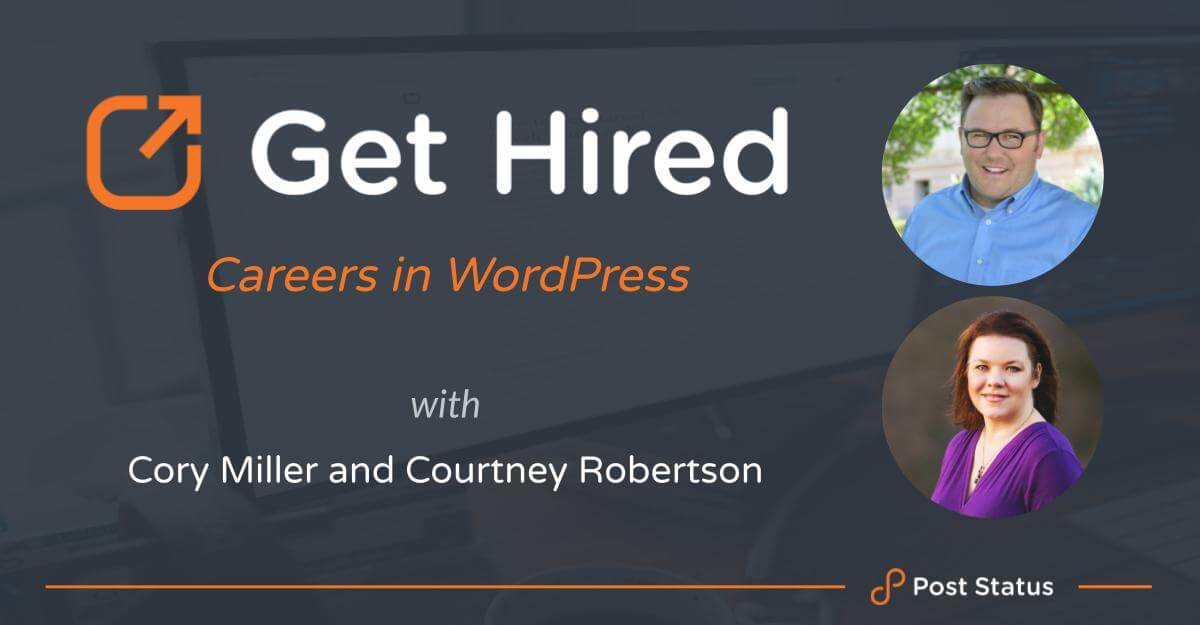 In their debut conversation for Get Hired, Cory and Courtney discuss the kinds of jobs that are available in WordPress and where to find them. 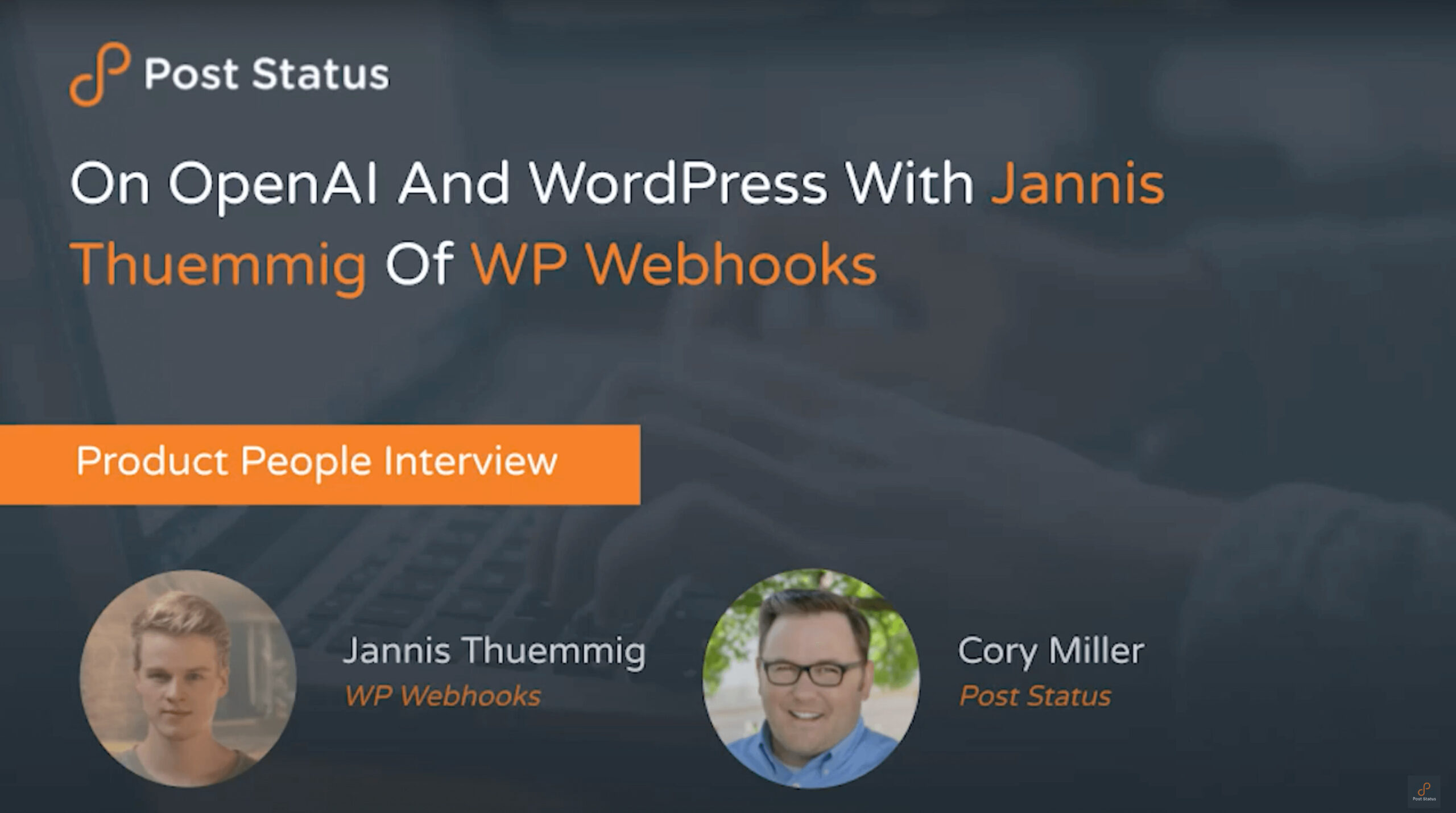 Jannis Thuemmig, founder of WP Webhooks, joins Cory Miller to discuss Open AI and WordPress. Jannis is passionate about utilizing the power of technology to increase efficiency. WP Webhooks is exploring the ways Open AI can be used to revolutionize website processes and management. It seems we are only at the tip of the iceberg for what is possible when working with WordPress and Open AI.