We have a clarification for the item we reported last week regarding accessibility issues people were having with some recent changes to WordPress.com. We linked to a post where Deborah Edwards-Onoro explained how to enable the Classic Editor for WordPress.com sites. Then we noted a communication from Automattic‘s public relations team about a blog post they had published about these changes.

What we missed is how — according to the publish dates on both Deborah’s and Automattic’s posts — the announcement from Automattic came a day after Deborah’s post. I want to take a moment to apologize to Deborah if it seemed that the official blog post announcement existed at the time of her post. Apparently, it didn’t, so she and other people reacting to the changes at WP.com didn’t miss it. After closer examination, the official announcement (at least on the blog) came the following day, and this seems to have happened after the changes impacting accessibility had already gone live.

I have been told there was an announcement in the WP.com app as well, but for an announcement to go up on a blog a day after the changes it concerns had already been live would explain the confusion.

As I mentioned last week this does prove that a significant need exists for the Classic Editor, including those who need a more accessible tool than the block editor if a delay of only one day is disruptive to them.

iThemes has managed and supported BackupBuddy for about as long as any commercial plugin on the market. It’s a cornerstone product for them, and it’s done very well over the years. With BackupBuddy 7.0, they are adding live, incremental backups to BackupBuddy, to supplement the snapshot backups they’ve always done. BackupBuddy Stash Live, as they… 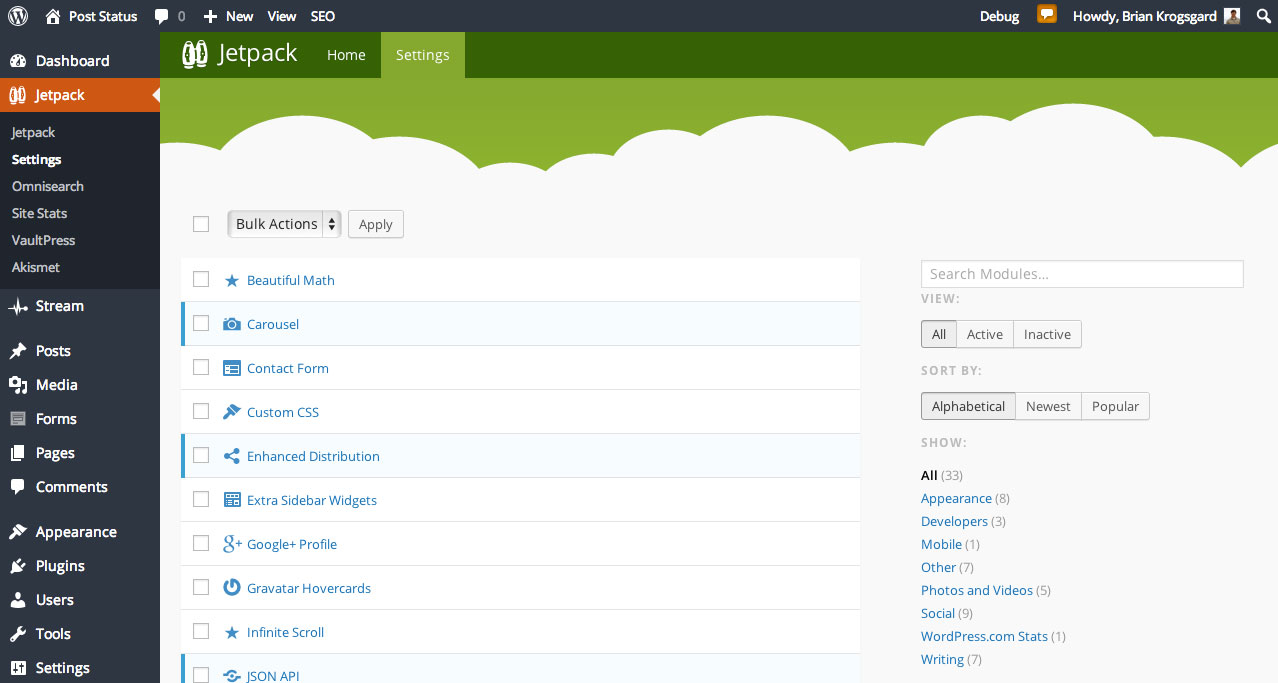 Jetpack 3.0 has just shipped with a major overhaul of the admin area. I’ve long desired change, and Jetpack has finally made quite a significant one. The settings page is still very heavily Jetpack branded, but the interface for activating, deactivating, and managing the various modules is vastly improved. In addition to the UI changes,…

Mike McAlister has been an active member of the commercial WordPress theme space since 2009. He started by selling themes on ThemeForest. He transitioned to the Okay Themes brand in December of 2011. And at the end of March of this year, Mike transitioned yet again to Array. While these transitions may seem like arbitrary branding, to me…

After the hubub around Jetpack’s decision to become a theme marketplace, Mika Epstein clarified what constitutes an allowed versus not-allowed third party integration for executable code. Not to any fault of Mika or the rest of the plugin team, it does seem like there’s some splitting of hairs going on. The discussion on her post…

Ever tried using the default RSS widget included with WordPress to show a photo blog or media embedded in a RSS feed? This plugin adds that feature. It will grab images (that have been embedded) and show them on the front end. Now you can show off your WordPress.com photo blog or other photo site.

You may recall that Newspack, a “custom news vertical on WordPress.com dedicated to addressing the needs of digital news sites,” was announced in February. This week they announced 12 initial publishers to help shape the new platform. 📰 After the pilot, newsrooms will re-launch with Newspack this fall, and up to 50 more will come…