From the Chromium blog, one of the more impressive performance improvements I've seen yet:

Ideally every part of a user's interaction with a browser is fast, starting with loading web pages. Chrome is introducing two techniques called script streaming and code caching designed to reduce that painful waiting time spent staring at a white screen, especially on mobile devices.

Script streaming optimizes the parsing of JavaScript files. Previous versions of Chrome would download a script in full before beginning to parse it, which is a straightforward approach but doesn't fully utilize the CPU while waiting for the download to complete. Starting in version 41, Chrome parses async and deferred scripts on a separate thread as soon as the download has begun. This means that parsing can complete just milliseconds after the download has finished, and results in pages loading as much as 10% faster. It's particularly effective on large scripts and slow network connections.

They say they have more where this comes from too, and that's pretty darn exciting. Alex Russell is on the Chrome team and was on the latest episode of Shop Talk — nice timing as he talks about performance on that episode.

A new version of Firefox (70) is out, and Chris Mills covers all the developer-focused enhancements. Firefox has made tremendous advances in developer tools and features — both in CSS and JavaScript — and I’ve enjoyed using it for the past month as my default browser. One of the things I miss from Chrome is…

Kyle Van Deusen measures how much faster Gutenberg and the WordPress editor (and also Oxygen) are than the Elementor page builder. However, performance might not matter as much as you might expect: “While I do have the ability to preview both tablet in mobile from the back end of WordPress inside Gutenberg— what I see…

For WordPress 4.2, Scott Taylor has published a blog post so that folks can submit Trac tickets they believe deserve special attention this release. There are already a few dozen tickets on the thread, but at a minimum this is a good opportunity to get guaranteed eyes on tickets that may have gotten a bit… 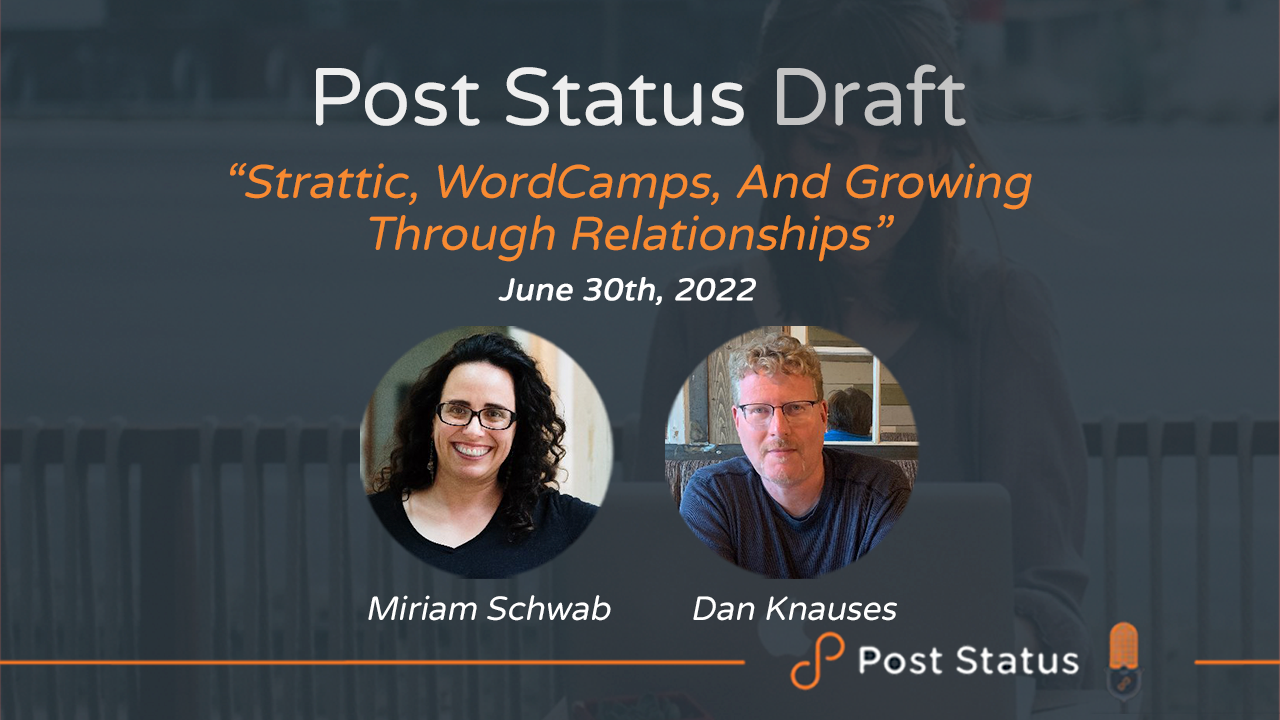 In this episode of Post Status Draft, Miriam talks with Post Status Editor Dan Knauss about her WordPress journey as a WordCamp organizer, agency owner, and web host founder.

Jamie Indigo has written a technical SEO guide to Lighthouse performance metrics. Jamie offers some instructions for testing your performance and understanding the metrics behind Lighthouse’s Performance score.

Suzanne Scacca reviews some “dark patterns” in mobile by looking at some well-known examples and then explaining why they’re always a bad idea. While some companies see short-term gains from dark patterns, they “can easily be outweighed by losses from refunds, low customer retention rates and lawsuits.” This is why Suzanne concludes “dark patterns will…