The WooThemes team put up a landing page today for their first ever WooCommerce conference, which is to be held in San Francisco November 3rd and 4th.

The conference is right on the heels of WordCamp San Francisco, which is October 25th – 29th. So those of you that want to make two trips in one will have a chance to spend Halloween in San Francisco and save yourself some travel.

The WooCommerce conference has been in planning since last fall. The event is aimed at eCommerce website owners and WordPress developers — two crowds that will probably benefit from spending some time together.

Tracks will likely cover a variety of eCommerce and WooCommerce topics, but you have time to have your say; they are taking a poll to see what kind of talks people want. If you're interested in speaking, they're also accepting applications for that right now.

A big player in eCommerce, not just WordPress eCommerce#

As I've noted before, WooCommerce has managed to snag a significant chunk of the global eCommerce landscape. Today, according to BuiltWith, WooCommerce powers over 12% of all eCommerce websites.

Granted, the numbers decrease for larger sites — with 7% of the top 100,000 eCommerce websites and 4.3% of the top 10,000 eCommerce sites. However, it's natural for bigger websites to be the last segment for them to gain marketshare; the technology needs time to prove itself with smaller players.

The WooCommerce team is aware of their potential in “big” commerce as well. They recently spent time at IRCE, a conference in Chicago that claims to be the world's largest eCommerce event. They are relatively unknown in that sphere, despite a commanding presence in the broader eCommerce market.

As WooCommerce creates more partnerships with enterprise companies and establishes themselves as a serious player in big commerce, then I believe the allure of eCommerce within the easy-to-use WordPress setup will really enable them to become a dominant player at all levels.

I asked WooThemes co-founder Mark Forrester about his motivation for the WooCommerce Conference:

WooCommerce Conference is something we're super excited about, and a big gamble at the same time – as a team who build digital products. Our community has grown to such a size and maturity that we believe this sort of event is justified.

We want to learn as much as we can about our community, and I’m sure there is a lot they want to learn about creating, running and growing an eCommerce business on WordPress.

An official conference, in a WordPress tech hub, with a cool venue, gives us the platform to engage with our users whilst providing them with heaps of value from industry experts and workshops around using our products effectively. We hope and are confident we can pull off a conference as good as the platform itself.

Micro-conferences for technologies within WordPress#

We've already seen it with bbPress and BuddyPress, and we've seen it for WordPress and business, and now it's expanding to WooCommerce. As sub-niche communities, platforms and technologies grow within the larger WordPress ecosystem, I believe we'll continue to see more specific conferences appear that cater to these communities.

I really look forward to seeing how this one turns out, and hopefully I'll even be able to stick around after WCSF to see it for myself. 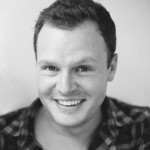 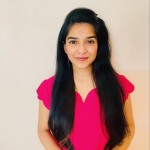 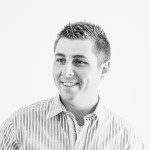 We’ve partnered with everyone from small startups to global brands in pursuit of impactful, tailored experiences. Our team uses a… 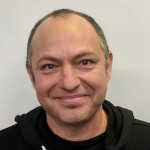 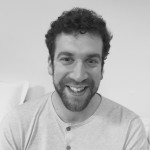