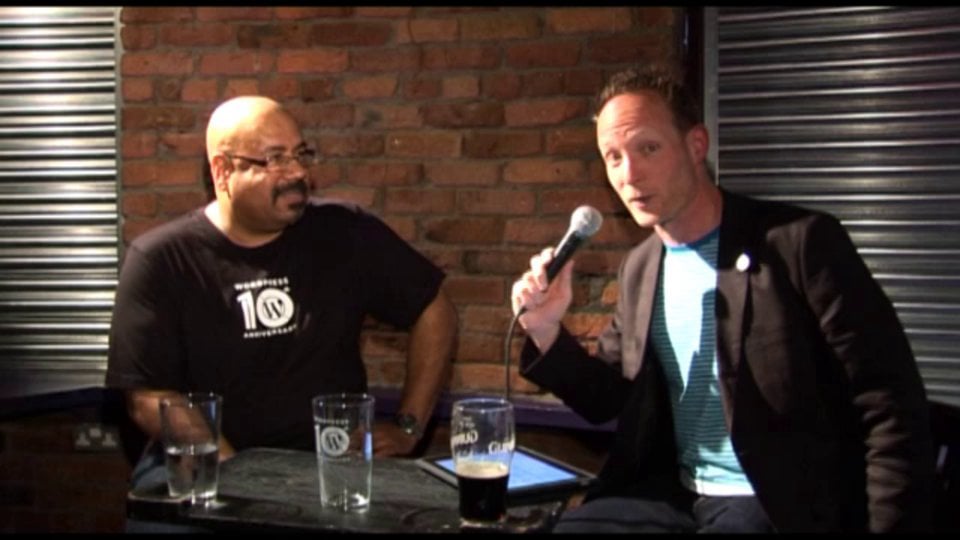 Matt,
If you’re serious about forking b2 I would be interested in contributing. I’m sure there are one or two others in the community who would be too.

A short history of Mike Little

Late last week, Simon Wheatley sent me a video of his Code For The People co-founder Simon Dickson interviewing Mike Little at the Manchester WordPress 10th anniversary party. I intended to post the video quickly, but after watching it, I was really pretty moved by the conversation.

In the interview, Mike tells the story of how he got interested in computing (when computing included interacting with paper), his early career, and his inevitable journey into b2 and WordPress.

I loved to hear that, as is true for Matt Mullenweg, music is Mike’s first love. He describes how he worked with a number of bands after an initial stint in an electronics company. He got back into computers through his work with bands, before going full time into IT in 1990, where he worked for free for three months before they started paying him.

Mike got his first website up in 1994 or 1995. He eventually got interested in b2 and started hacking around it to meet his needs. According to Mike, there were a couple thousand contributors to the b2 forum when the founder and primary maintainer disappeared. This is the time that Matt Mullenweg wrote his fateful post on The Blogging Software Dilemma.

Together in 2003, Matt and Mike collaborated to put together a variety of community patches, as well as many of their own patches, to b2, to create the initial version of what would later be named WordPress. They released their initial work in May 2003.

Matt had been “tinkering about” for a few years, while Mike had been programming professionally for many years. PHP was the “8th, 9th, or 10th” language he learned.

He created the original links manager as a b2 hack. He wrote the original options code for settings pages. The wp-config-sample.php was his concept and implementation. Not to mention a bunch of refactoring, especially when they decided to rename the software to WordPress.

A significant role for this co-founder

If it weren’t for Mike’s response to Matt, whom he barely knew, it’s difficult to imagine WordPress could be what it is today. In this interview, I was able to gain a perception of just how pure Mike’s motivations were in forking b2. He simply wanted to, “fix the software; make it better.”

I’m also struck by the significance of what his years of programming experience must have brought to the table.

Yet, because Mike stopped contributing to WordPress in 2005 (for personal reasons), he managed to miss much of WordPress’ most explosive growth.

WordPress has grown so much in the last seven or eight years, much of the tech world would easily recognize Mullenweg as WordPress’ co-founder, but would likely not know of Mike. Yet, Mike was clearly pivotal to the initial fork of b2, as well as laying a foundation for the refactored blogging tool.

A revelation of the WordPress economy

Mike was one of about seventy people in 2008 that went to the first WordCamp UK. One of the speakers took a poll of attendees, and around half of the audience said they were making part or all of their living on WordPress.

Mike was stunned to see how the WordPress economy had formed. He had no idea that so many people were fully supporting themselves on a platform he laid the foundation for. This WordCamp is when he decided to give up his day job and go full time into WordPress consulting.

But even as late as a couple years ago, after seeing the results of a survey, he was again astonished to see that at least 20,000 people were making their living using WordPress.

This is a great interview. I’m happy to see that Mike is getting some recognition that he really deserves. Since I watched this video and took notes on Mike’s comments, a chapter of Siobhan McKeown’s book about WordPress’ History has been released. It adds more detail to the fascinating early days of WordPress, and I highly recommend it. Matt Mullenweg also posted about WordPress’ first ten years on the WordPress.org blog.

Mike, as one of those many thousands of people making their living using WordPress, I’m grateful for your work and your journey that led you to team up with Matt Mullenweg ten years ago. I wish you many happy years to come doing what you love.

M Asif Rahman writes about his experience sponsoring WordCamp Europe for weDevs. He analyses the time and actual costs, the value beyond direct sales, and more. He also raises a very valid concern around the timing for WCEU 2018, which conflicts with Eid al-Fitr, a very important holiday for Muslims. I have a toy bike… 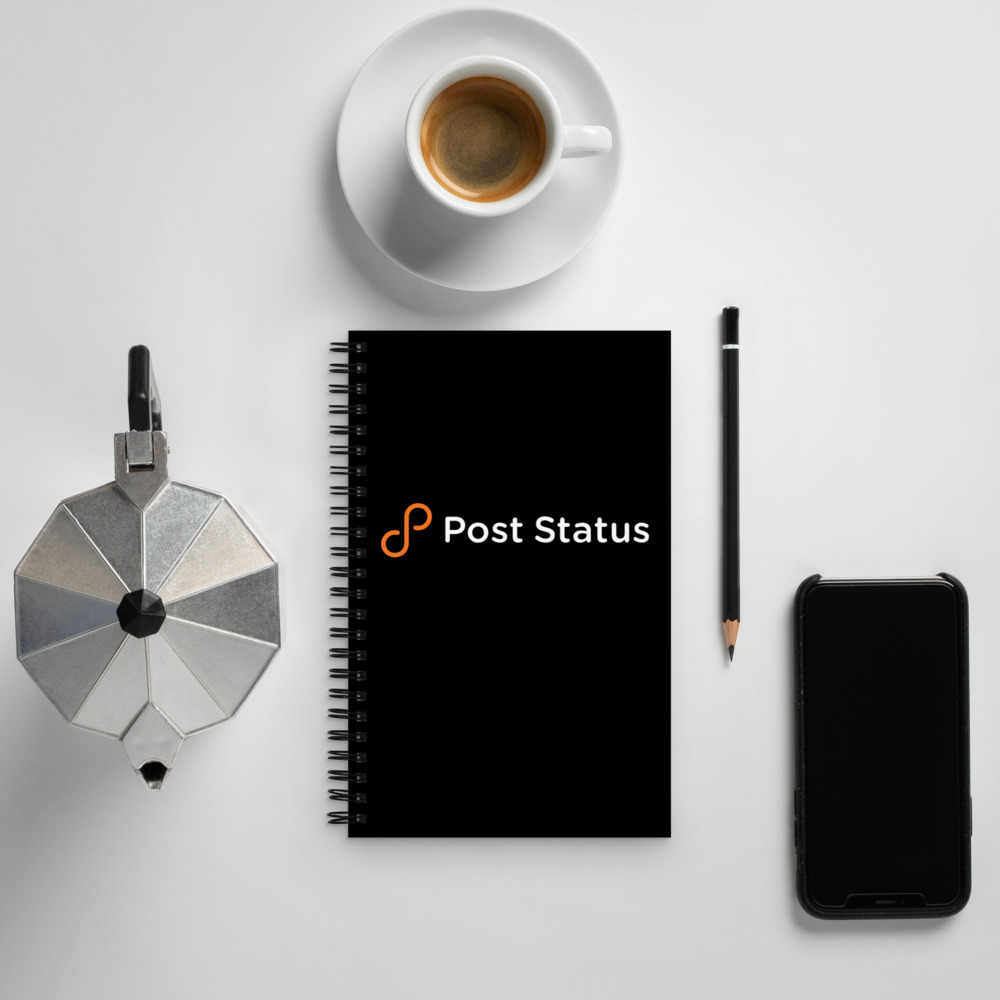 bbPress 2.3 has entered its first beta. If you are a bbPress forums user, now is the time to go grab a copy and test it on your development installs. bbPress has really matured over recent years, and is a great WordPress centric forum product if you want to get up and running quickly. Go…

Tom McFarlin discusses various methods for instantiating WordPress plugins. There are some good comments as well. 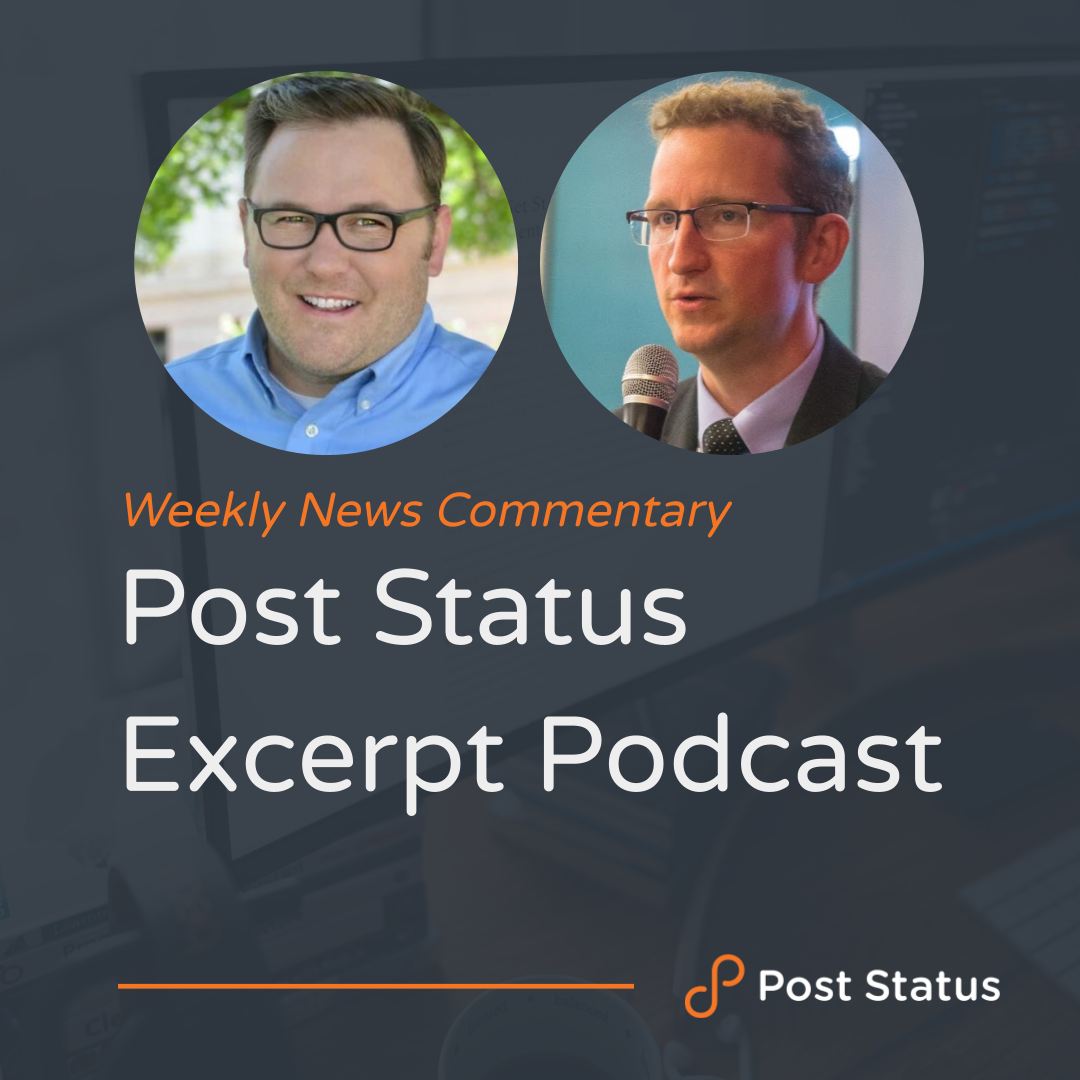 David chats with Cory about taking care of your physical and mental health and how these factor into “Developer Overload.”