The web is a sacred wilderness, and it deserves preservation. What role can open source communities play? And how does it contrast with the monopolistic tendencies of the “tech giants?”

If you’ve been trying to follow the ongoing debate over the future of the internet but got lost, gave up, or just tuned out, you’re probably in good company. Serious problems seem to generate unhelpfully broad and exaggerated headlines, like Alexis Madrigal at The Atlantic describing “the coalition out to kill tech as we know it.” He provides a good breakdown of the many interest groups and the perspectives in play, however, from Antitrust Theorists to Shoshana Zuboff, who coined the term “surveillance capitalism.”

Madrigal is probably right that people are tired of hearing that publishing platforms like Facebook, YouTube, and Twitter have no role in policing “provably false information” posted by their users. Brian predicted this several years before WordPress.com came under pressure to shut down sites denying the Sandy Hook school shooting ever happened. Now the boundaries of acceptable content are more actively guarded but not consistently or well, and in some cases like Facebook or YouTube, if the cure is human moderation, it's as bad as the disease.

Former Google product manager and Center for Humane Technology founder Tristan Harris is near the top of Madrigal's list of tech-killers. Harris recently testified before the US Senate with such stark examples of manipulative interfaces that one senator said he was thankful he would “be dead and gone … when all this shit comes to fruition.”

While Harris is good at generating outrage by publicizing truly outrageous things Google, Facebook, and others are doing, it's not always clear what he thinks should be done. Does protecting our attention, or children's developing or democracy itself require platforms to police themselves or be policed by someone else?

Compared to Harris, Pinboard owner and widely read blogger Maciej Ceglowski made a less dramatic but similarly urgent statement about privacy and data collection to the Senate back in May. (Web version and video link.) A more recent post on Ceglowski's blog called “The New Wilderness” argues we need laws protecting the digital environment from surveillance, so it retains a “wilderness” of “ambient privacy.” Like Harris, Ceglowski focuses on Facebook and Google as “the world’s most sophisticated dragnet surveillance operation, a duopoly that rakes in nearly two-thirds of the money spent on online ads.”

In line with Ceglowski's imagery, writer and Kickstarter co-founder Yancey Strickler says the internet is becoming a “dark forest” as people retreat to “wild” spaces.

Strickler isn't talking about “wild” spaces on the web that offer unmoderated, possibly objectionable content; he means areas without algorithms that keep “unpopular” material out of our monetized attention:

These are all spaces where depressurized conversation is possible because of their non-indexed, non-optimized, and non-gamified environments.

The problem Strickler sees with our retreat from the “mainstream” parts of the internet is the possibility of their discredit and loss. We may already be past that point, as Matt Taibbi has argued about the press.

Cory Doctorow has been working this beat for a long time and has some excellent, recent contributions to the debate:

Doctorow's Op-Ed from the future comes from a time “in which we have decided to solve the problems of Big Tech by making them liable for what their users say and do.”

In this possible future:

[A]ll our speech is vetted by algorithms that delete anything that looks like misinformation, harassment, copyright infringement, incitement to terrorism, etc — with the result that the only place where you can discuss anything of import is newspapers themselves. [1]

Doctorow describes the alternative to picking media winners and tech losers on his blog:

We can either try to fix Big Tech (by making it use its monopoly profits to clean up its act) or we can fix the internet (by breaking them up and denying them access to monopoly profits) — but we can’t do both.

I'm not sure what Option A (self-regulation) would look like or how it could help, which is partly Doctorow's point. If Option B (trust-busting) happens, it would probably leave a lot more space for wild things to grow. But even in the shadow of Big Tech monopolies, WordPress and other mature open source ecosystems still represent their antithesis, like a vast network of old-growth forests connected to small stands of young saplings. That analogy reminds me of Morten Rand-Hendriksen's reflections on WordPress's 15th anniversary and his hope that his “son will be building his own web experiences using software that traces its roots back to [WordPress].”

The wild, biodiverse forest image is a good one for us because it is an image of social, interdependent, and very different individuals. Peter Wohlleben's book on The Hidden Life of Trees could just as easily describe the cooperative, distributive, and passionately interconnected, democratic nature of open source communities at their best:

When trees grow together, nutrients and water can be optimally divided among them all so that each tree can grow into the best tree it can be. If you “help” individual trees by getting rid of their supposed competition, the remaining trees are bereft. They send messages out to their in vain, because nothing remains but stumps. Every tree now muddles along on its own, giving rise to great differences in productivity. Some individuals photosynthesize like mad until sugar positively bubbles along their trunk. As a result, they are fit and grow better, but they aren't particularly long-lived. This is because a tree can be only as strong as the forest that surrounds it. And there are now a lot of losers in the forest. Weaker members, who would once have been supported by the stronger ones, suddenly fall behind. Whether the reason for their decline is their location and lack of nutrients, a passing malaise, or genetic makeup, they now fall prey to insects and fungi.

Even the giants are in trouble if they are the last trees standing. Wohlleben explains they will end up presiding over a barren desert where little more than weeds can survive:

“But isn't that how evolution works?” you ask. The survival of the fittest? Their well-being depends on their community, and when the supposedly feeble trees disappear, the others lose as well. When that happens, the forest is no longer a single closed unit. Hot sun and swirling winds can now penetrate to the forest floor and disrupt the moist, cool climate. Even strong trees get sick a lot over the course of their lives. When this happens, they depend on their weaker for support. If they are no longer there, then all it takes is what would once have been a harmless insect attack to seal the fate even of giants.

If we maintain open source communities that are accessible and inclusive
— for big and small, young and old, established businesses and new ones — then we are doing our part to keep the web wild and healthy. 🏞️ 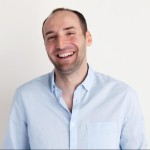 Co-founder of Cozmoslabs and TranslatePress 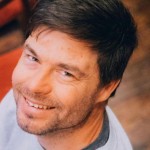 A web dev with a love for CSS, I've seen it all from tables & spacer gifs to srcset &… 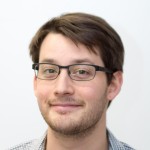 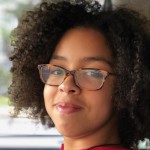