Skip to content
Several proposals that appeared on Make WordPress over the past week have started some good discussions:

📺 I have two videos for you this week that are well worth a look: Kat Marchán spoke to developers about Tink at the JSConf EU 2019 conference in Berlin. Tink is “a package unwinder for JavaScript brought to you by npm itself.” It aims to redefine package management for web development as the npm ecosystem has…

Thinking about releasing either a free or commercial WordPress plugin? Read this post by Tom McFarlin on wpTuts+ first, along with the discussion in the comments.

It’s been a busy few days for shortcodes. Most, if not all, core committers and project leads would tell you that they’d rather burn the shortcodes API than anything else. But it’s one of those things that exists and now must be dealt with. In short, parsing shortcodes is super hard, and the lack of…

The folks at Voltronik have put together a pretty interesting case study going over their processes and considerations for building a project management system for a client, managed on the front end, all with WordPress. The result is a Bootstrap based UI, but it appears to have included some pretty advanced backend code to properly… 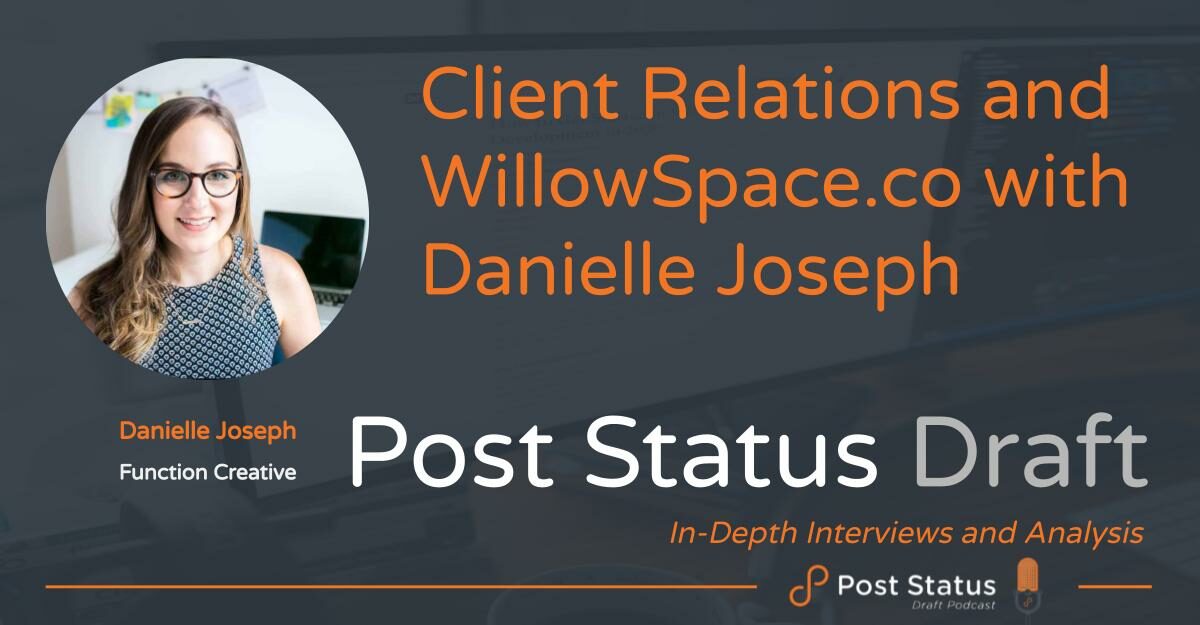 In this episode of Post Status Draft, Danielle Joseph talks about her work with clients as a designer and how that has shaped her agency and Willowspace.