The Creative Commons license and the GPL have not always played too nicely together, as much to do with semantics as anything else. Now they do, but there are some things to consider, if you are trying to bundle a CC licensed library (or more likely, images!) inside your GPL licensed code. From Otto Wood:

Back in February, the Creative Commons organization began taking steps to introduce compatibility between their licenses and the GPL. At that time, we took notice and started discussing the problems we’ve had with CC licenses in the directory in the past.

Part of the problem is that the Creative Commons licenses are so fragmented. It’s very much a choose-your-own adventure landscape for CC licenses, and many people don’t understand licensing very well in the first place (it can be confusing, I admit).

Since we require everything in our directory to be GPL Compatible, then it’s something we have to constantly scan for when even an accidental violation occurs.

Then, things became even more interesting in March, when gnu.org silently changed their compatibility page to state that CC-BY 4.0 was now considered compatible with all versions of the GPL. So, at that time, we started trying to ignore that particular case. It isn’t easy, because a lot of CC licensed code is licensed under version 3.0 of their licenses, which is not GPL Compatible. And the issue of CC-BY-SA was still very much up in the air.

However, last month, Creative Commons finally stepped up. CC-BY-SA 4.0 is now compatible with the GPLv3.

Accordingly, you can now use CC-BY 4.0 and CC-BY-SA 4.0 licensed code or images or anything else in the WordPress.org plugin and theme directories.

A few points of note:

Otto has a few more notes on the post, but this makes a previously annoying issue workable.

Yesterday and today there has been some significant news for the WordPress project. We now have two new lead developers, and two long-time leads are stepping down after outstanding tenures assisting with steering the ship.

Sarah Gooding has an interesting long form piece that goes inside Jetpack’s multiple team setup at Automattic, and how they think about development and the structure of the plugin. I found the bit about installs… odd. Automattic is aware of the number of people currently using Jetpack but will not be disclosing that information publicly….

WordPress.org shines a well-deserved spotlight on Tijana Andrejic from Belgrade, Serbia. It covers her journey from fitness trainer to the WordPress world, as well as the freelance and corporate opportunities it introduced.

WordPress 6.0.2 is coming soon! Join the next Call for Testing and give your feedback on HTML block markup and increasing the WP_MEMORY_LIMIT variable in wp-config.php. 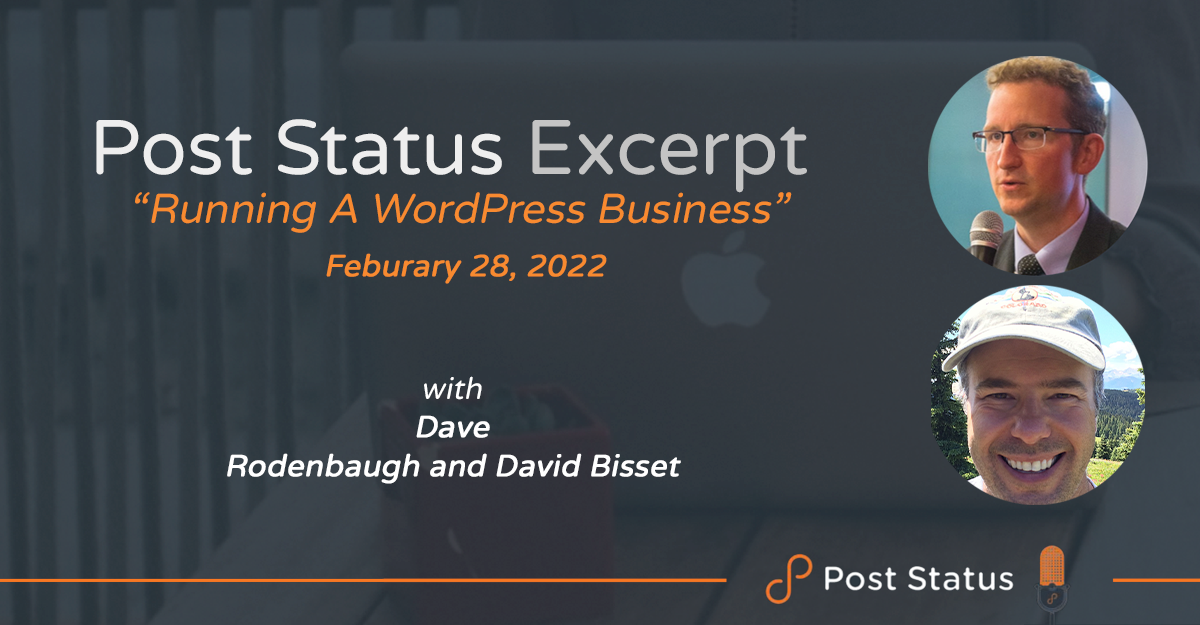 When — and what — should you outsource to SaaS and open source? Learn this an more from Dave Rodenbaugh, founder of Recapture.io.