Who doesn't love Wapuu, the adorable Japanese WordPress mascot? Nick Hamze shared a great post about the origins of the mascot:

In 2009 at the WordCamp Tokyo after-party, Matt asked Japanese users what should we do to promote WordPress in Japan. One of the ideas was to create a mascot.

Foxkeh was already a popular local mascot for Firefox, so many community members thought WordPress should have a mascot for Japan as well. Matt said he thought it was a cool idea although many of the ja.wordpress.org admins thought he was kinda joking.

A few weeks after WordCamp Tokyo Naoko was hired by Automattic as a contractor. In May, she flew to San Francisco to attend to WordCamp SF. While there she talked with Matt about the mascot idea. He asked her to have the Japanese community to take the lead and make it happen.

Kazuko Kaneuchi designed the mascot for free, and after a very open process of voting and discussion, the mascot was announced in 2011. This is a really great story, and I love seeing the illustrator get some well deserved credit!

Here are some of the Wapuu ideas that were voted on: 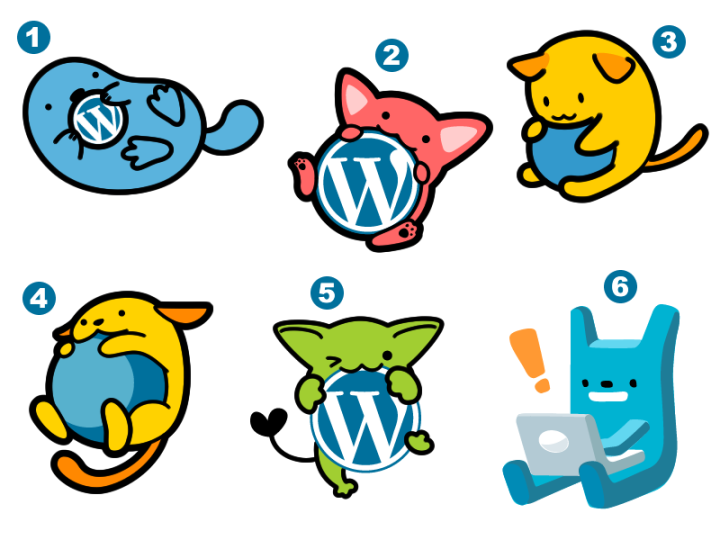 Check out the full story on Nick's Wapuu focused blog. Nick (clearly) loves Wapuu, but he really love swag in general. He puts Wapuu on a lot of swag, including this ridiculous and awesome tacky holiday sweater.

Natalie MacLees has been involved with the Southern California WordPress community for a long time, and in a new post, she notes that she believes some of the “camp” feel of WordCamps has been lost. It quite obviously costs a lot more than $40/person to put on a conference, and you might assume that it’s…

Ryan Imel posted on WPCandy about some features in the works for BuddyPress 1.7. Of them, theme independence catches my eye the most. It would certainly be nice to have a relatively simple path for enabling any theme for BuddyPress. Currently, if the theme isn’t developed for BuddyPress from the start, it can be a…

In discussing the Pressable story, a few folks have asked me about the WordPress recommended hosting page, and if Automattic’s ownership of Pressable will affect that page. The answer is that I don’t think so, but I don’t know for sure. However, I did ask Matt about that page yesterday and it appears it will be a…

Marco Martins shares how WordCamp Finland became WordCamp Helsinki. Understanding the decisions that led up to and guided this transition will be helpful to other WordCamp organizers going through the same process.

VaultPress, the Automattic backup solution, has introduced a “Lite” plan to their repertoire. It allows you to receive daily backups with a thirty day archive for only $5 per month. It also includes their site restore service. This is the first time I’ve ever felt VaultPress had a convincing option for small websites.