WordCamp Europe 2019 hosted a record 3,200+ people, according to ticket sales. WCEU started with a contributor day on Thursday, June 20, followed by the two main conference days on Friday and Saturday.

All the talks and panels at WCEU were planned and executed well, but there were a few standouts we'll highlight, in case you weren’t able to watch the entire livestream.

Matt’s talk after lunch on Friday was more of an update on Gutenberg. Matt presented some Gutenberg stats and then put the spotlight on some new block editor plugins and experiments. Matt reminded everyone that Gutenberg is in phase two, “where we are working with widgets (old school blocks), customization, and menus.”

The initial questions Matt got from the audience were somewhat aggressive and prolonged, so the moderators found it a challenge to keep things moving. At one point, a moderator broke in to say, “This isn’t a question; it’s a blog post.” I’m wondering if in the future at WCEU (or the upcoming WordCamp US) if a different moderation process might be considered.

If I had to choose one question of note, it would be the one asked about Matt's (and WordPress’s) commitment to accessibility. Matt replied, “Accessibility is hard. We will get there. I believe we can make every release of WordPress better, but it’s challenging with Gutenberg because there might not be previous examples to work from.” He acknowledged the excellent work that WPCampus recently did with its accessibility audit.

Saturday’s talks, like Friday’s, were well done, although the panel on Gutenberg might have had more diversity in its composition, as a few people noted on Twitter.

The conclusion of WCEU came with the usual display of conference statistics:

Since I was not physically attending WCEU, I asked people who were there in Berlin what they most appreciated — especially if it wasn’t observable through the livestream.

I got some good answers on Twitter from Topher, JJJ, mor10, Matt Cromwell, Pierre Mobian, and Yvette Sonneveld, among others.

The WP Cafe was a new feature for WCEU that provided “space for our attendees to meet, connect, and chat about a range of topics.” It's an evolution of the previous year’s “Tribe Meetups.”

After the event, the WordCamp Europe team addressed some issues that came up at the afterparty — around the entertainment that was provided, and in regard to water availability.

WordCamp Europe is always held in a different city in Europe every year, and it was announced at the end of the event that the 2020 conference would be held in Porto, Portugal. (There's a trailer.)

Porto seems to be a popular destination, and WCEU reported that just 24 hours after opening the #WCEU 2020 Call for Organisers, over 30 applications were already received. 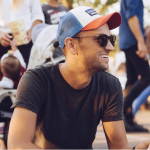 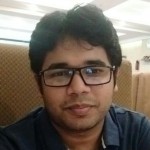 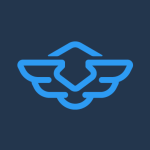 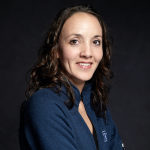