GoDaddy continues to gobble up talent in the WordPress space. They’ve acquired WP Curve, and say they intend to keep it a standalone service.

WP Curve is a WordPress support service, offering “unlimited small fixes” that starts at $79 per month. I think of WP Curve mostly based on context from interviews founder Dan Norris did with Andrew Warner on Mixergy, as well as another with Brian Casel, where he talks about starting out in a week (he wrote a book/course on that), and he really came off as a hustler.

Looking back on the interview with Andrew, I found a gem in the transcript:

Dan: Well, I’m not an insider. I’ve never met Ned. I’ve got a bit of weird vibe from that whole thing. It sort of seemed like nothing much was going on at that company and then all of a sudden GoDaddy grabbed it. I’m not sure if he’s like Dan Bilzerian now and private jets on Instagram and shit. I have no idea. It seemed like he kind of had a good crack at it and found someone to take it over and they took it over.

Andrew: I’m curious about what that was like. Was it a successful sale? It seems to be. In fact, it’s still running as Marketplace.GoDaddy but in a different way. It’s a place where you go and find a freelancer for your WordPress site.

Dan: I honestly have no idea. You’d have to ask him.

Dan isn’t joining GoDaddy with this sale, but moving on to other projects. I guess he won’t have a chance to talk to Ned.

But like he said, this isn’t GoDaddy’s first acquisition of such a service. They already bought Elto. In that post, I said, “You should probably get used to the phrase ‘acquired by GoDaddy.’ They are making a huge push into the WordPress economy, and they are willing to invest a lot of money while they do it.” I stand by that.

I’m not sure I’d chock this up to being much more than an acquihire or life boat to WP Curve, though it is interesting they are keeping the service active for now. We’ll just have to see where they’re going with this. But it seems a little superfluous to the GoDaddy Pro marketplace that spawned from the Elto acquisition. 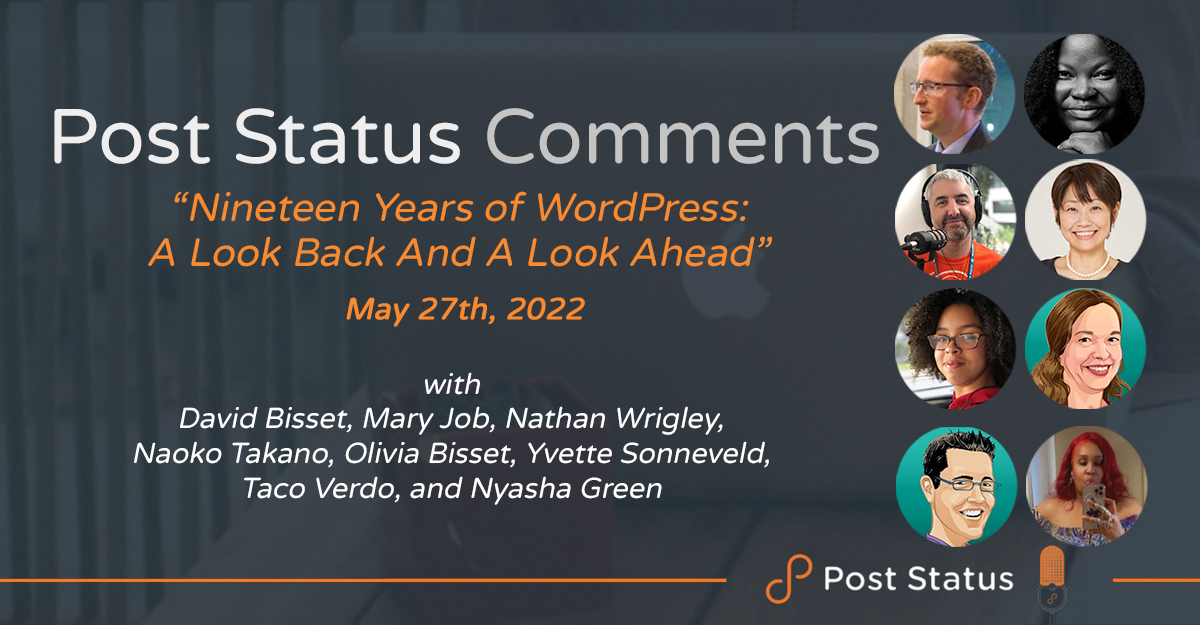 Krissie VandeNoord, founder of North UX, talks with Cory Miller about their work in creating people-first solutions for the nuanced needs of ecommerce and membership site owners. Krissie shares her story from her early days as a designer and blogger to launching her own agency. Her work and energy will encourage you to think beyond what is to build the possibilities that make things work better.

David and Cory discuss how hard it is to do “the right thing” and deal with tough, negative feedback as a result.

Matt Medeiros is a WordPress entrepreneur and podcaster from a town between Providence, Rhode Island and Boston, Massachusetts. Matt is also a co-founder of Slocum Studios, a web consultancy. One of Matt’s podcasts is the Matt Report, where he interviews WordPress professionals and digs deep into their stories, their businesses, their successes and their struggles….

Video and Podcast Picks 📹 Here’s my recommendation for video watching this week: The “Cost of JavaScript 2019” video (and blog post) from Addy Osmani at the PerfMatters Conference 2019 shows the main costs of processing JavaScript are download and CPU execution time. 🎙️ Here are the podcasts I’ve been listening to lately: The latest…