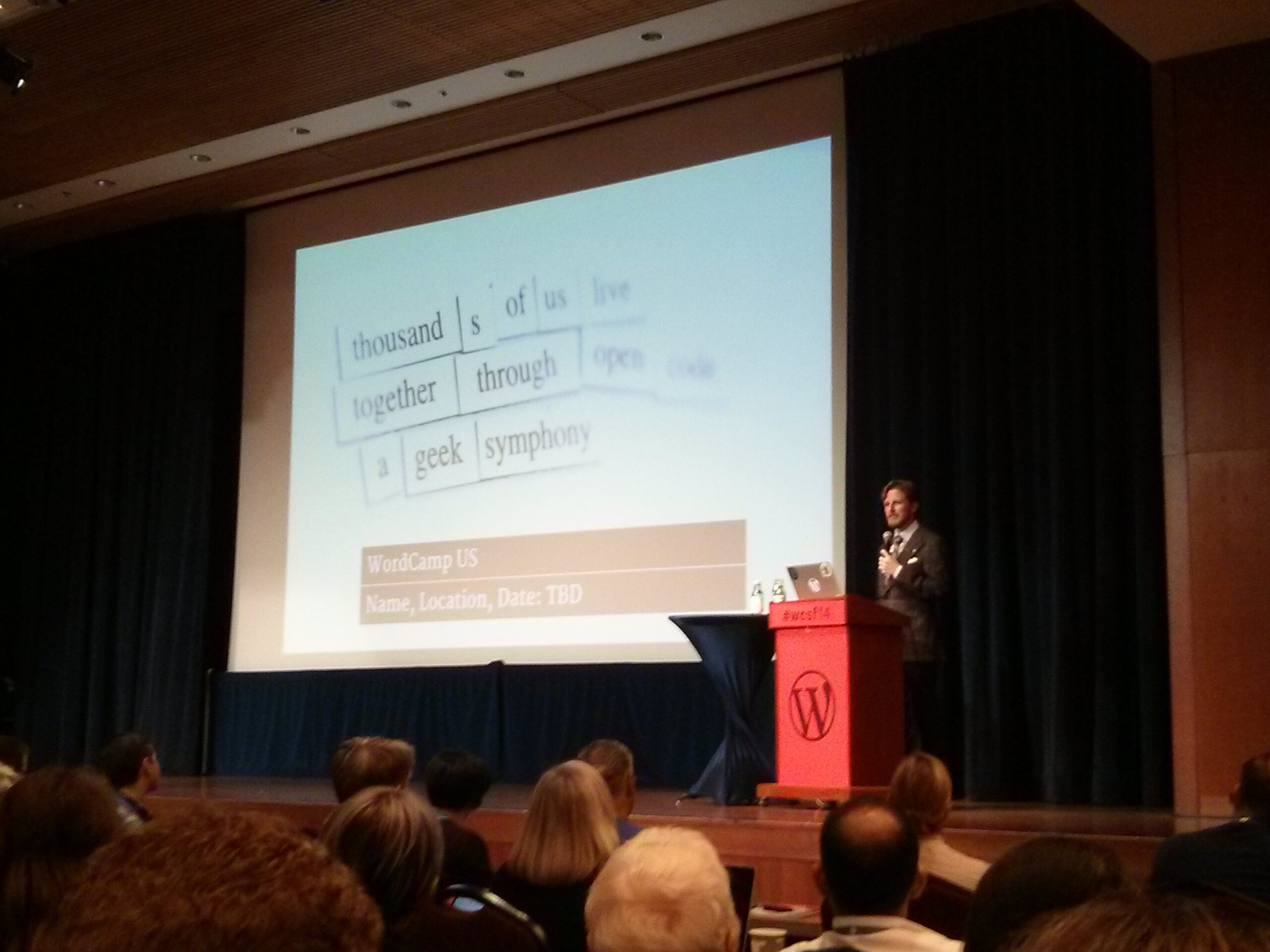 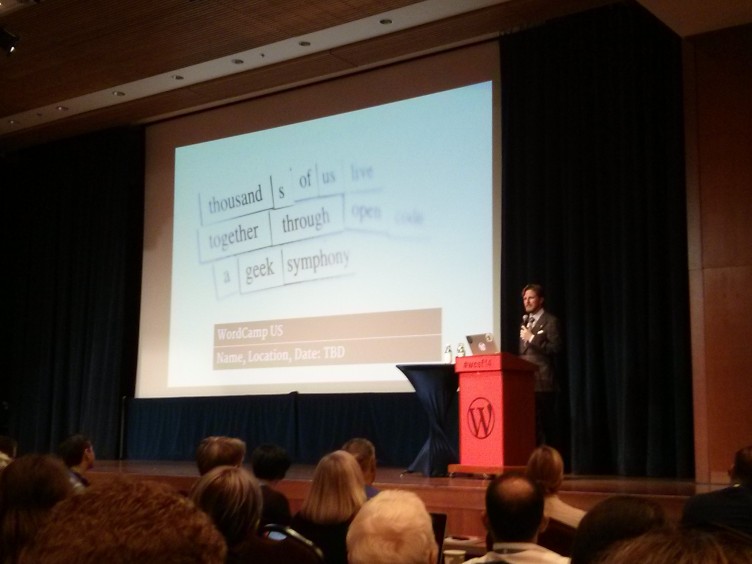 “Oh, my name is Matt Mullenweg by the way. Nice to meet you.”

After the WordPress co-founder welcomed the largest WordCamp San Francisco audience ever, he introduced himself and began this year's State of the Word — the annual talk where he provides insight of the last year of WordPress and inspiration for the future.

edit: The video is now available:

Or watch on WordPress.tv

The last WCSF as we know it

WordCamp San Francisco has been here in Mission Bay for 7 years, and it's the last year here. Next year, things are going to change. There will be a WordCamp US (Matt notes it's a working title) that will be modeled similarly to WordCamp Europe. The name, location and date are yet to be determined.

This year there were over 33,000 responses to the annual WordPress survey.

A quarter of the respondents now make their living fully off of WordPress — 7,539 people from the survey pool. Matt estimates those people alone make up for more than a billion dollars of economic impact.

Of those people surveyed, they have between half a million and a million currently active websites they own or have developed. And 91% of those sites took less than 200 hours to make.

5 releases since the last WCSF 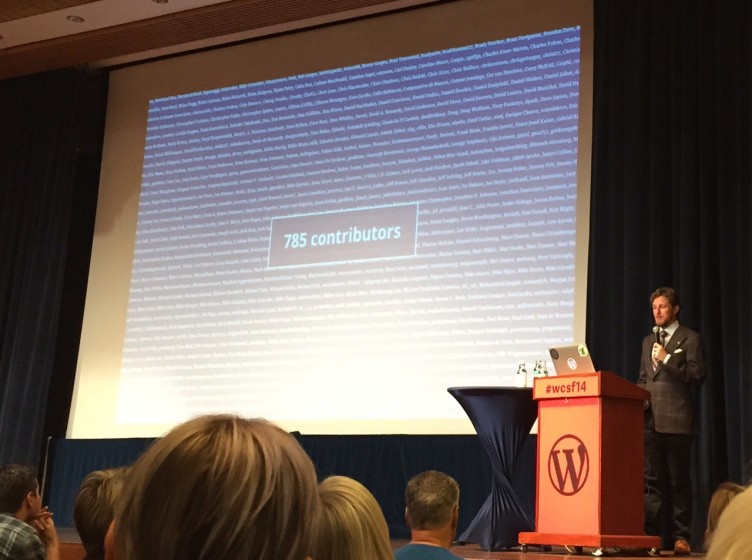 Since last summer and the last WCSF, we've had five major releases of WordPress. Matt spent some time going over some of the features we've gained.

From WordPress 3.6 to WordPress 4.0, WordPress has evolved an enormous amount in a short amount of time. It's better on mobile; has a better user experience; is more performant; is easier to use for both developers and end users; and is the best publishing tool in the world.

There have been seven release leads in that time:

In these five releases, there have been 785 contributors to the project. And Matt also highlights John Blackbourn — the WordPress 4.1 release lead, which will soon enter beta.

There have been 684 theme additions to the repository this year — a 36% increase year over year. There are now 2,781 themes in the repo.

There have been two updates for Android, five for iOS, and we abandoned older platforms to focus on a better user experience. “Sorry, both of the Windows phone users,” he joked.

Matt notes that there are now more mobile phones than humans on earth, and that this will continue to be a huge priority.

Noted in the last WCSF State of the Word, developer.wordpress.org is now live. A little later that hoped, he noted, but it's a huge achievement and improvement for WordPress documentation.

There are over 100 meetup and WordCamp organizers here at WordCamp San Francisco. Matt asked them all to stand, with a personal thanks to their commitment to a difficult, but rewarding task.

We have a long way to go with Internationalization, but Matt highlights some of the progress and promise for the future, including the advancement of language packs that plugin and theme developers will be able to take advantage of.

Soon — with the release of WordPress 4.1 — Matt announced that the WordPress plugin and theme directories will be fully localized, making it more accessible and fully translated for non-English speakers.

“The discovery process [of themes and plugins] is prohibitive” unless we make it a priority to offer the same discovery features that are in English to other languages.

“We have the potential — thanks to the web — for WordPress to be a truly global experience.”

Matt is promising a better offering of statistics for WordPress theme and plugin providers — a task that's being worked on right now by the .org team.

These are numbers people have long wanted and are very difficult to get. This is a very welcome change.

Matt says only 25% of users are on the latest install, WordPress 4.0. While he notes that it's far better than it was in the past, we still have a lot of improvement we can make.

And he goes into the importance of removing versions from the conversation in software. Users should not know or care the version of their software. They should only know that it works.

“Our vision is that we're like Chrome. … And the hosts have helped pioneer this.” But WordPress itself will eventually move to such a model; this is a thing that is controversial, but I believe it is an essential and inevitable evolution.

Matt asked how many people had been hacked — and even in a room full of professionals — it was a lot of people. This is why updates are important, as updated WordPress installs are much safer.

WordPress is notorious for being a poor supporter of modern PHP. But that's ready to change.

“We're going to start working with hosts to get everyone on PHP 5.5 or above.”

Matt is excited about Twenty Fifteen, this coming year's default theme. He notes this is our fifth year with a new default theme, and it's the same number of years that Kubrick was the only default theme. A massive success.

Matt Mullenweg says that starting this year, you can submit a pull request to WordPress on Github, “and that will not go into a black hole.”

He asked how many people are using Github, and nearly everyone raised their hand. This removes a barrier to contributing to WordPress, and is a huge improvement.

He also says that all development of the WordPress mobile apps is now on Github. It's also worth noting that much of Automattic's internal projects, like Jetpack, are run on Github.

For the first time in 11 years, WordPress is leaving IRC for primary organization communication. We're going to try a tool called Slack, built by a company in San Francisco started by the former founder of Flickr. Slack has taken over communication in remote teams, from my experience, and will be excellent.

Slack will also help us make use of integrations and notifications. Right after the talk, chat.wordpress.org will lead any WordPress.org user to a method for using Slack for communication.

This is a huge partnership, and as someone that uses Slack daily, I'm incredibly excited. I'm sure there could be pushback for using a paid tool for this, but it's certainly and interesting experiment and I'm excited to see what happens.

It appears clear to me that contributing to WordPress will now be easier than ever.

Five for the future

Matt talked about his controversial blog post about the concept of Five for the future, something I also opined about.

Matt highlighted three companies: Gravity Forms, WPMUDev, and Automattic are all now contributing 5%. Of course he notes others are doing it as well, but wanted to highlight those that have committed to doing it publicly.

Matt discussed a number of ways people can contribute, and that folks can attend sessions to learn how to contribute both here at WCSF and at most other WordCamp events.

“A contributor, by the way, is a title that no one can give you except yourself.”

He called it an altruistic mentality of contribution.

“Who's excited about the REST API?”

Nearly everyone responded with enthusiasm. Matt talks about how WordPress.com has had a similar API for years now, and what they've learned, and how much potential there will be for the core version, and the importance for marrying the .com API and the .org API as they each approach 2.0.

Matt wants us to re-think “the WordPress engine” as a kernel that can a hub for building all sorts of things that are more capable to be fit into a proper architecture for the case at hand versus “shoehorning” existing WordPress features to areas that aren't really meant for it.

And for those admins to be able to fork each other, learn from one another, and create better and catered publishing experiences catered to specific use cases.

We can expect the core WordPress JSON API in 2015.

The continuing importance of WordPress and mobile.

Matt discussed how important mobile is to the future of the web, and therefore WordPress. “They are winning,” he says about the phones, and says how phones are more available and evolving every year. “They're getting bigger and bigger,” and the interfaces and methods for interacting with our phones are evolving as well.

Matt believes that WordPress can play a central role in the further evolution of mobile applications and the mobile web. As the power of mobile devices gets better, Matt believes that the web will become a bigger part of the mobile experience than it is now — when the conversation seems to be completely centered around apps.

“This is one of the ways that we can be truly global.”

To democratize publishing, is the mission of WordPress.

WordPress is a community, Matt states, and accessibility from a language, device, and any other point of view is critical to the mission of WordPress.

It’s nice to see Sucuri is offering SSL certificates to their customers at no charge with LetsEncrypt. With WordPress.com adopting SSL everywhere and ways you can currently installing a LetsEncrypt SSL on hosts like SiteGround, DreamHost, and Bluehost, I’m wondering how close we are to SSL being ubiquitous. I know there are some holdouts, and… 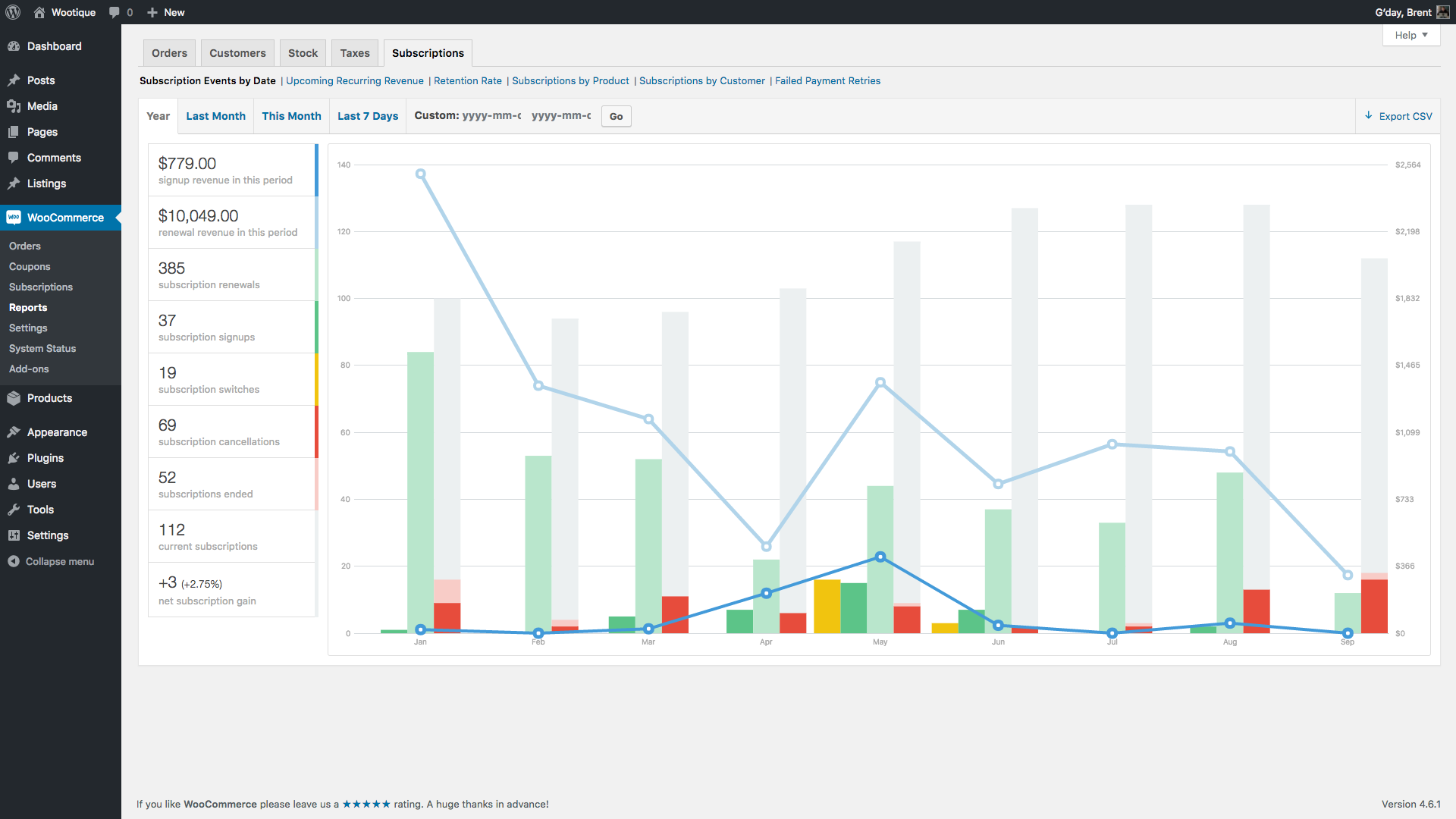 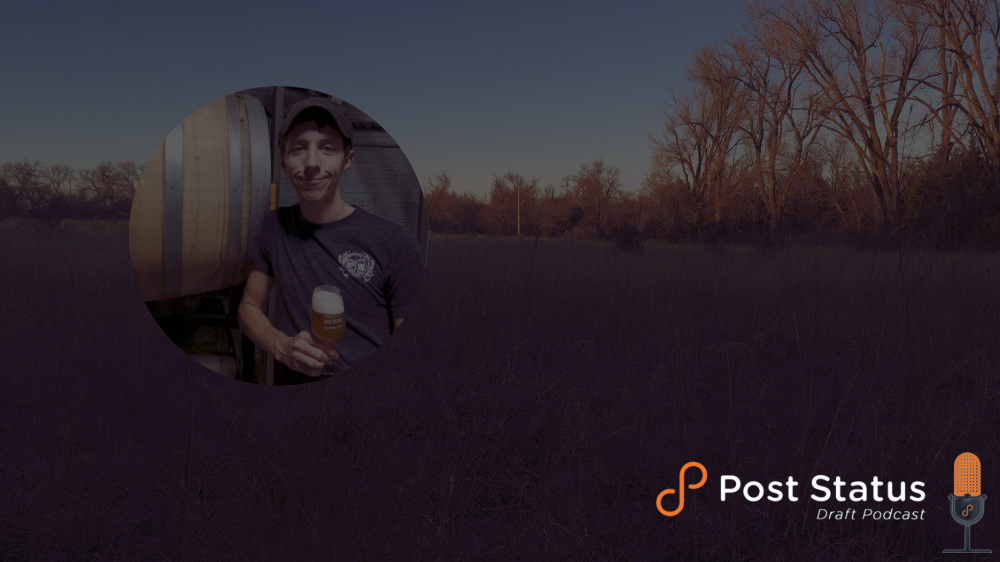 WeFoster is launching a complete hosting platform to target community-centric WordPress sites of all shapes and sizes. I spoke with Bowe Frankema and Marion Gooding about the project last week, to get a sense of their aims, and to see just how specialized for communities the platform is. Bowe and Marion have many years of… 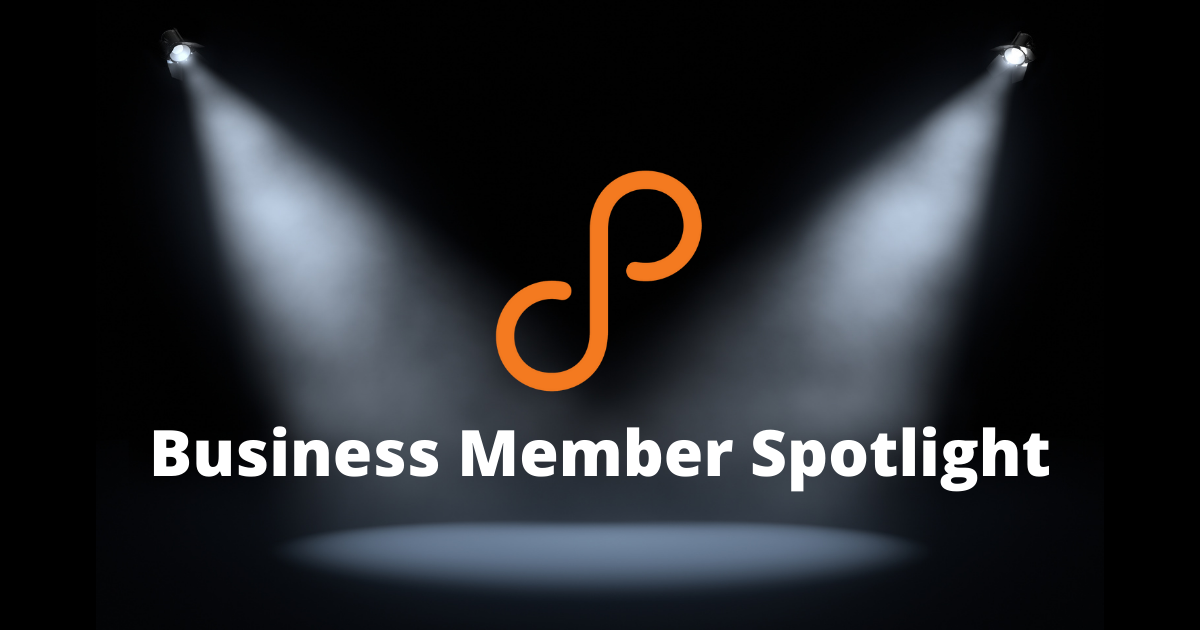 We interviewed Mark Westguard of WS Form to learn about the business, what he values at Post Status & to learn his best business advice.

The 2016 Stack Overflow Developer Survey is out. It’s got a ton of data and it’s been shared around a good bit already. In terms of WordPress, it appeared on the “winners”  list in terms of “trending tech”, but the survey notes that WordPress development is also the second most “dreaded” technology. Predictably, it’s caused heated discussion on Twitter and…