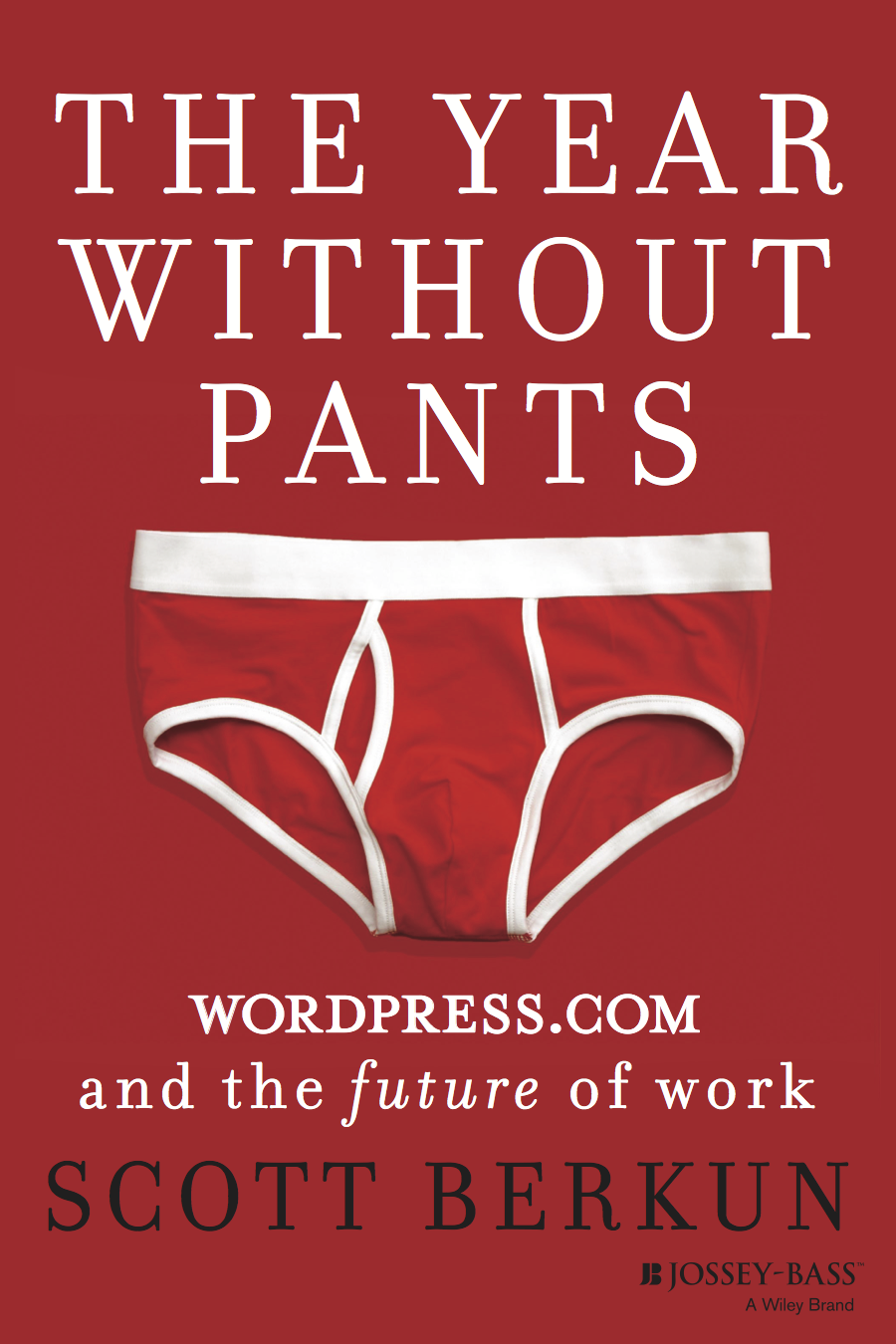 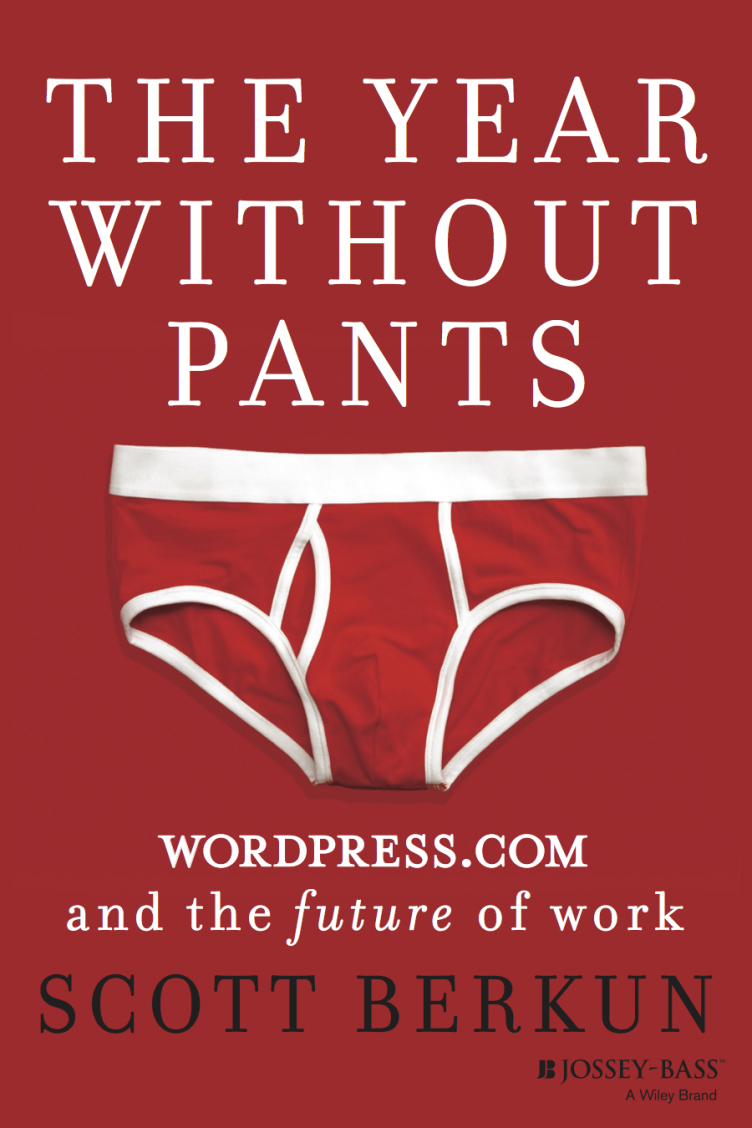 Scott Berkun's The Year Without Pants is a first person narrative of his time employed at Automattic from August 2010 to May 2012. Berkun entered Automattic as employee number fifty six when the company was replacing its totally flat structure with a team-based one.

Berkun's story centers around his experience managing Team Social, which was responsible for the creation of Jetpack, amongst other projects. His original team members on Social are key characters throughout the book: Mike Adams, Beau Lebens, and Andy Peatling. In addition to these three, many other Automatticians were highlighted, and various employee personality types were profiled in varying degrees. But the main character in The Year Without Pants, other than Berkun himself, is Matt Mullenweg.

Though Mullenweg doesn't take a key role in many of the stories told, Berkun spends a good deal of time analyzing Mullenweg's leadership style, along with CEO Toni Schneider's, and especially how their styles transcend throughout the rest of the company.

A book of stories

Before you think that this book cannot be applicable to anyone outside the WordPress bubble, think again. My favorite part of Berkun's book was that it didn't feel like a lecture or a mandate for managerial behavior. It felt like a story. And throughout the story, lessons could be abstracted, sometimes directly but more often tangentially, so that the reader can develop their own lessons based on the story and circumstances at hand.

The story is very centered around individual abilities, instincts, tendencies and personalities. It is also clear that Berkun was mindful of his end goal (to write this book) throughout his tenure.

The book focused heavily on culture and the value of in-person meet-ups. In a book titled The Year Without Pants, I was a bit surprised how much Berkun focused on and lauded the value of in-person interaction and team meetings. In fact, much of what I took away from the book didn't require a team to be remote for the lessons to be applicable.

The takeaways were more about people and less about location; but the lack of a central location seem to make work even more about people at Automattic. While Berkun highlighted some of the challenges of remote teams and work, he helped me see how the forced communication within a remote team must be excellent, and reciprocal respect and trust of team members was mandatory. But these tenets could easily be applied, probably to great benefit, to non-remote work environments.

The clearest pros and cons for remote work were in regard to office politics and the intangibles of in-person relationships. The pro of remote work is that petty office politics are practically non-existent. However, clear communication and intent for sharing what's on your mind is necessary in order to make up for the lack of consistent in-person office relationships. In other words, it's harder to read people in remote environments.

Concepts on work and corporate structure

I loved Berkun's analysis on the role of data at Automattic and Mullenweg's focus on it.

He [Mullenweg] wanted a data-influenced culture, not a data-driven one. He didn't make data the center of conversation but wanted to ensure they were part of it. His balance of respect for both intuition and analysis was one of his most notable qualities.

This quote, and quality of Mullenweg, stuck with me. Berkun goes on to highlight just why this slight variation on data-consiousness was important, and I don't want to ruin it for you; but it was the type of concept Berkun would unpack and get me excited about thinking differently myself moving forward.

The cathedral and the bazaar

The cathedral and the bazaar model for development at Automattic, and the concept's impact on how the entire product of WordPress.com works, was insightful and fascinating. Like many things in The Year Without Pants, Berkun's breakdown of this concept added more to my reading list for something to dig deeper on.

Berkun spent a chapter analyzing friction in organizations. He talks about tendencies for some managers to create too much friction, the “ultimate” of which he defined as “the burden of meeting schedules and deadlines,” which limit creativity and empowerment of teams. And he notes the opposite, where there is too little friction and teams are “like a puck on an air hockey table floating around aimlessly.” His analysis of these situations and notes about how to balance friction was extremely practical and helpful for putting to words what so many people in any company feel.

Should you read this book?

Above are just a few concepts that Berkun covered. The book is really jam-packed with little nuggets based on his tenure and experience at WordPress.com.

One of my favorite things about the book is that he makes sure the reader doesn't accept what he says as gospel. His goal was not to lay down a mandate for how work should be, but to share how teams can be extremely successful with the right balance of leadership and work styles that fit that particular environment.

And he makes it clear that he believes Automattic's success is in no small way due to the intellegence, vision, and leadership styles of Matt Mullenweg, Toni Schneider, and other leaders at Automattic.

This is a great book for anyone in the WordPress community for sure. Even in private conversations with Automatticians, I've never felt this close to the core of how the Automattic machine runs.

Also, as an employee myself, I'd love to know my current and future managers or team leads have read this book. Berkun has interesting and thoughtful insights, and I think managers and team leads in any software based company could at least pick up a few things from him.

And I'd say this is a must-read for entrepreneurs looking to set up their own corporate structure. Automattic is on the front lines of future work, as the book's sub-title suggests.

This was an exciting read for me. I'm not too much into business books or even non-fiction; but if I'm going to read one, it's hard to get more directly applicable to my industry than this. I learned more about a company I admire; one where I personally know (at least to a small degree) some of the characters. But even if I didn't, I would've enjoyed it just as much.

I highly recommend this book for the likely audience I have on this blog.

The Year Without Pants will be released in full tomorrow and is available for purchase on Amazon now. 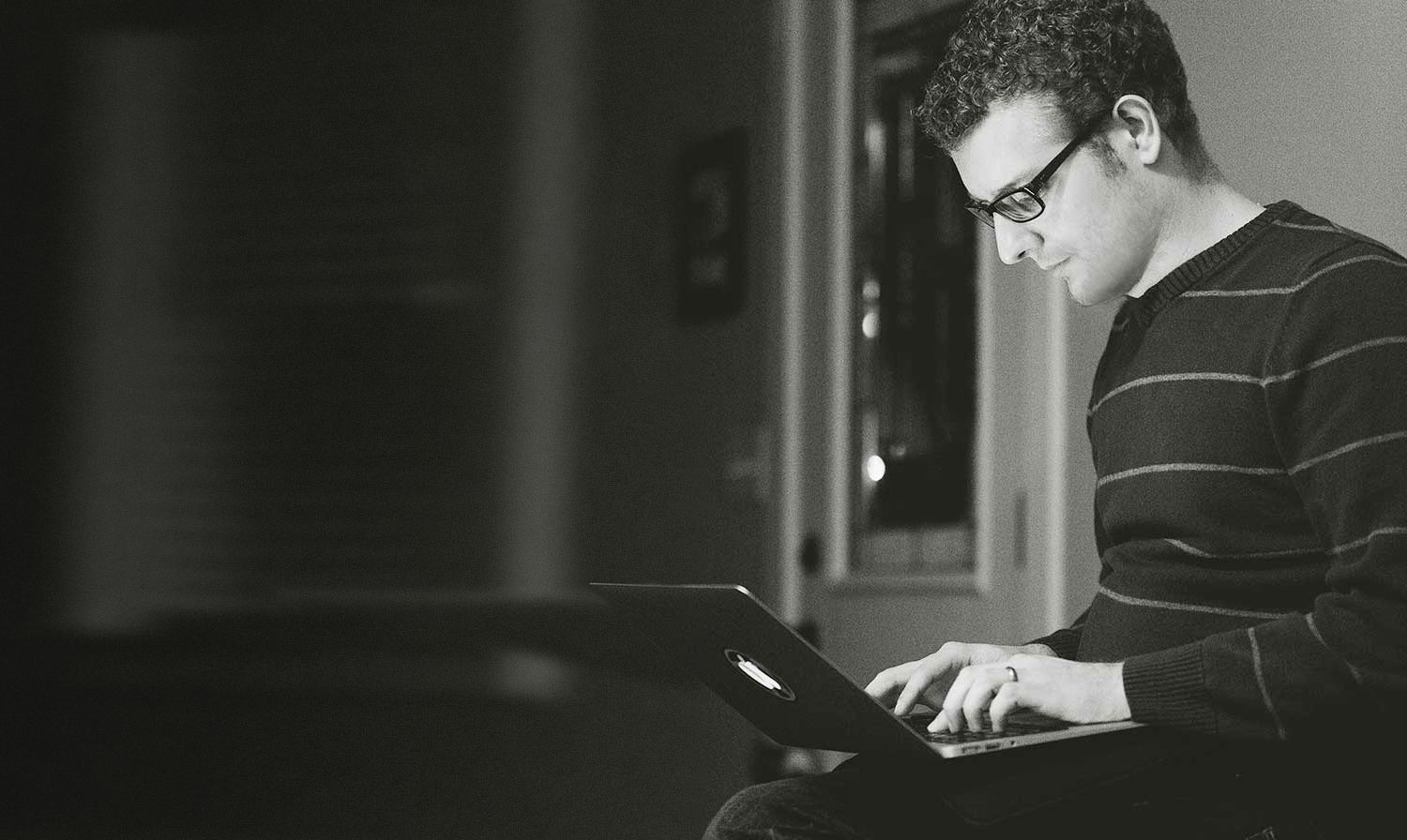 In this episode, Brian Krogsgard chats with Brian Richards, creator of WPSessions and new co-host of the Draft podcast.

WooCommerce 6.5 RC available for testing. Blockified product pages. Custom tables and premature optimization. Where are all the WooCommerce alternatives?

Pantheon CEO Zach Rosen announced this morning that they’ve raised $21.5 million in financing. I covered Pantheon, including an interview, just recently when they launched their WordPress product. As I said then, Pantheon is a very compelling product. Seeing this raise another round of funding is interesting, and this is quite a chunk of money….

I haven’t seen anything from Richard Best in a while, but he recently shared “17 practical legal steps to help you create great course content, protect yourself, and keep your money.” One of the 17 is “Know how to find and deal with copycats.” Richard’s ebook is free and available on his Law of Course… 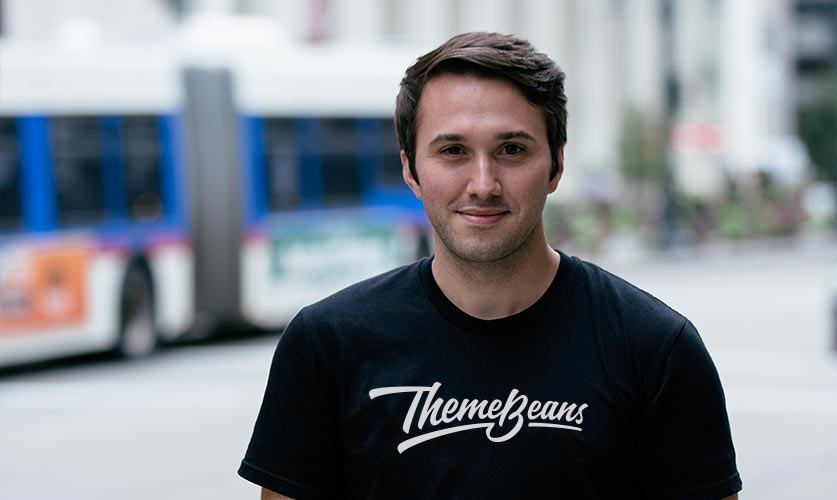 Rich Tabor is taking CoBlocks and his other work to GoDaddy, where he’ll continue to development experiences for using WordPress with Gutenberg.

In this episode, the dynamic Brian duo discuss the highly-anticipated return of WordSesh, the different ways in which we all learn the same, and some of the problems we face in skill building.