AutoDesk is an enormous company. Publicly traded on the Nasdaq, they have a market cap just under $12 Billion. You may have heard of AutoCAD, the thirty year old drafting software that's an absolute titan in a broad range of industries.

And they've just acquired Creative Market, a digital marketplace that's gotten a lot of attention in the WordPress world the last couple of years.

Like Envato and Mojo Themes (acquired last year by EIG — the company behind HostGator, Bluehost, and dozens of others), Creative Market sells much more than just WordPress themes. They've gained a great deal of traction as a marketplace that sells modern and attractive non-theme assets such as graphics, fonts, and brushes.

According the the acquisition announcement, Creative Market founders were impressed by AutoDesk's vision:

Can this champion of design software extend its legacy to empower designers and makers of all levels? We believe the answer is “yes” so much that we've decided to join them and to continue building this community and our tools and marketplace as part of the Autodesk Consumer Group.

Creative Market is a team of 12, and the three co-founders will all move to AutoDesk's corporate headquarters in San Francisco.

Theme marketplaces and the GPL

Inevitably, when talking about Creative Market and WordPress, I must also talk about Envato and the GPL.

Creative Market really got on my radar in February of 2013 when they announced that they were going 100% GPL for their WordPress themes. The change was right on the heels of a huge debate that started thanks to Jake Caputo blogging about being “blackballed” from speaking at WordCamps due to being a ThemeForest author.

That whole debate was resolved when Envato opened a 100% GPL licensing option, but before they did, Matt Mullenweg made a promise that any marketplace that was 100% GPL would be featured on the WordPress.org home page, which he followed up on when Creative Market made the announcement.

And so the WordPress.org homepage had a banner ad for Creative Market, and later Mojo Themes as well, for almost a year. From what I can tell on Archive.org, it was removed on January 3rd, 2014 and replaced with a link to a landing page for the WordPress Swag store. 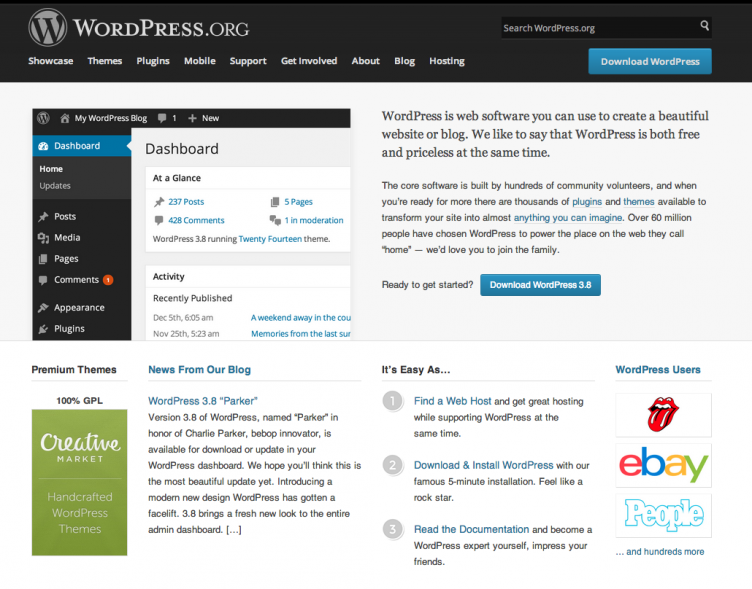 In my mind, this elevation of Creative Market by Matt really made it stand out more. I know it existed before that, but something about this entire episode just made it more relevant to me.

I was curious just how effective a banner on WordPress.org can be. Unfortunately, the WordPress.org Google Analytics accounts has a number of problems. For one, the numbers are usually based on a very small sample size due to the huge traffic numbers to the site. Also, the events for that banner slot weren't tracking properly in 2013 and I don't know how many people clicked the Creative Market ad.

What I do know, is that the current ad for the Swag Store, located in the same place, is getting clicked roughly 1,000 times per day. The Creative Market ad was up for over 10 months (some of that time was shared). Keep in mind that's a number estimated and extrapolated from a sample size where Google Analytics is measuring less than 0.3% of all traffic.

Nevertheless, for the past year I've heard a number of stories of theme shops selling on Creative Market. From every metric I can tell, it's still nowhere near the size of Envato's Theme Forest, but it's definitely a player in the market.

Automattic also sells some of their WordPress.com Premium Themes on Creative Market — another show of support from Matt Mullenweg, this time from his own company and not the software project he leads.

The future for Creative Market

The acquisition obviously gives the Creative Market team a huge outlet for cash and growth.

The acquisition of Mojo Themes last year by EIG is the closest comparison we have for precedent of something like this. In that case, we've seen a great deal of integration of Mojo Themes products into various hosting dashboards and cPanel installations.

In a way, it's a bit of a bummer to see a promising startup get sucked up by a huge public company, but I also understand this is probably a great opportunity for the company and the founders of Creative Market.

I look forward to seeing how they evolve and grow moving forward. 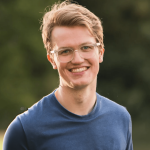 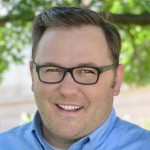 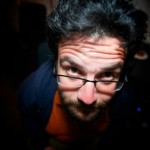 Aaron Jorbin @ Somewhere over the rainbow 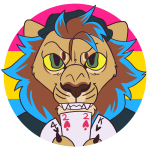 There are 9 thoughts on “Creative Market acquired by AutoDesk”