Editor's Note: This story is republished from Medium, with author David Perel's permission. David has a unique take on the industry and has some very poignant thoughts that I wanted to share with this audience.

The times, they are changing.

Having been in the WordPress Theme industry since 2009, I think I have a rare perspective on how it’s been shaping up these last five years.

Not only do I have perspective, I also have data to back it up thanks to our product SalesGenius and the wonderful world of numbers.

I think it’s fitting that, in March, no less than three WordPress companies born before 2010 released new designs this year . What I saw in all three re-designs (ours included) was a maturation of brands and offerings.

You see, when we all got into this game, there was a lot of learning to be done. No one truly had a grasp on what it meant to create a great, all-round product. We knew how to make themes, but we didn’t know how to serve them in a polished form — from themes, to support, to maintenance, to marketing. It was the wild west.

Fast forward to 2014 and what we are facing are some interesting times. Obox has received no less than four proposals to purchase competitors, all old-school companies who’ve been around the block once or twice.

In three of the four cases the numbers were grimm, a decline in sales across the board. I knew this before opening the PDFs because I’ve seen it happen on Obox and via SalesGenius.

The nature of these points has a snowball effect and it’s not in a positive way. Every time you launch a new theme you need to maintain it, and as your collection grows, you need to either spend more of your time on it or hire someone to do it for you.

The problem is that maintaining old products does not mean more revenue. After about 60 to 90 days, that theme will hit the long tail and begin to fall short of justifying support and maintenance. This leads to a few scenarios that have to be considered:

Do you retire it?

Retiring a theme and dropping maintenance affects your library count and also affects sales. You also don’t want to upset existing customers by dropping their theme from your collection.

Do you try a redux?

The next option is to do a subtle redesign and ‘relaunch’ it. It means sinking precious hours into a theme which is quickly approaching it’s long tail and dedicating time which could be used on new products.

Do you do a feature halt?

Depending on where your theme is in it’s life cycle, you can also decide to only fix major bugs and halt any feature updates.

In Obox’s case we chose door number three. Using insight, we’ve learned that feature requests decline over time and it makes sense to halt additions at a certain part of the tail.

The Race to the Bottom

None of the above solves a much bigger problem that our industry is facing. The 30 day release cycle and low barrier to entry has resulted in a product which has become a commodity.

Commoditization occurs as a goods or services market loses differentiation across its supply base, often by the diffusion of the intellectual capital necessary to acquire or produce it efficiently.

In the physical world, commodities are a big business and if you hang on long enough you may find that that commodity dries up and becomes rare. The result is the companies who outlasted everyone else will see a boost in profits by controlling the market.

Look at Lenovo as an example of outlasting it’s competitors. They doubled down on the PC industry and as a result have become the biggest player in the PC market. Hats off to them.

WordPress themes are in a similar situation, we are super low on intellectual capital, but the commoditization of our product is still in the early phase and the shape of the market is still forming. The problem is that if you weren’t prepared for it, you’re in trouble. The proof is in the amount of companies trying to sell.

These days there is very little to choose from between theme companies. Themes look the same, have very similar features and all offer decent support. If you look at the industry’s biggest market — business themes — you will be hard-pressed to know who built what.

A low barrier to entry and the same-same evolution of design has resulted in a massive pool of products that are indistinguishable from the next. Each and everyday, a new business theme is released which is hoping to be the next Kriesi or GoodLayers (aka the ‘Theme Lottery’).

Faced with this truth, it is time we take a new look at the business model. Unlike plugins, which I like to refer to as products, there is very little lock-in. A once-off purchase has meant we are offering customers a lifetime of service which cannot scale.

Only once we settle on a sustainable business model which gets rid of the once-off purchase will we see theme companies last longer than 4 to 5 years.

The question is, what is that lock-in and how do you justify a recurring charge to customers who’ve come to know a lifetime of love for $69?

With a business model that can rely on recurring payments, you are more able to plan and invest for the future. Your maintenance expenses won’t be in vain and the requirement to gallop from one launch to the next will be negated.

WordPress is used by close to 30% of the internet and, despite its credible competitors, is still the best place to make money for 3rd party designers/developers. The potential for the future is still unbelievable but the current state of the theme industry does not lend itself to long and sustainable businesses.

The only way we can work around that is by buying ourselves longer lead times to create amazing products that are unique and distinguishable from each other.

Obox recently had to consolidate from 6 to 2.5 staff. Basically we’re back to the old days. We knew this was coming and reacted before it was too late. Even though it was an incredibly tough decision we had to face the facts and reposition ourselves.

I put it to every single theme company out there to consider this and to look deeply at the affect of their $69 once-off payments. The days of winning the ‘theme lottery’ and lifetime support are over. It’s time we look further than one or two year strategies and ask ourselves how we’re going to build theme businesses that can last a long time. 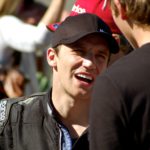 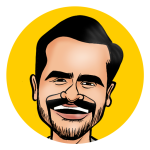 I'm responsible for the Happiness of the WordPress.com product users. 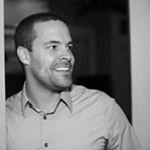 John Housholder is the President of Ah So Designs and AhSo Dev based in Nashville, TN. He runs a dev… 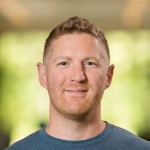 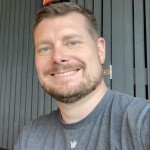